How to Become an Award Winning Musician 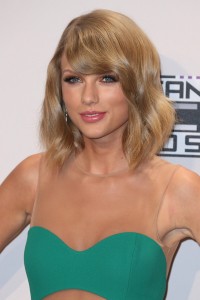 Few things add more credibility to a musician’s resume than winning a major award… or even a minor one.  Industry awards are one of the biggest ways that The Greats are separated from everyone else… or at least those who will be remembered as great.

Obviously, winning a major award is a lifetime goal for nearly any musician, and few achieve super-stardom young.  But here are a few thoughts on how to get there.

Paths To Becoming An Award-Winning Musician

Sam Smith didn’t rock the Grammys this year on accident.  He’d been training as a singer for nearly his entire life, including time in youth choirs and musical theater.  The result was a 21-year-old with one of the most captivating male voices in years, and a huge stack of trophies on his shelf.

Knowing the right people is another important factor.  Whether it’s an award big or small, the people making the lists of nominees have a lot of the decision-making power.  So play nice.

Awards are part popularity contest.  Those who show too much disdain for the music industry or local music authorities are going to be disadvantaged.

Don’t feel like you have to shoot for the big time all at once.  There are a huge number of smaller awards devoted to specific areas or niche genres which might not have the heft of a Grammy or VMA, but still look great on a resume.  People who can win minor awards are well on their way to winning major ones, and it’s a great way to attract label attention.

When all else fails, see how much of a letter-writing campaign you can generate.  If you really want to be on the short list for an award, send your fans after the award’s organizers to petition on your behalf.

Just be cautious not to over-use this tactic.  Save it for times you legitimately think you’d have a shot at winning.

What’s the biggest award your act ever won?