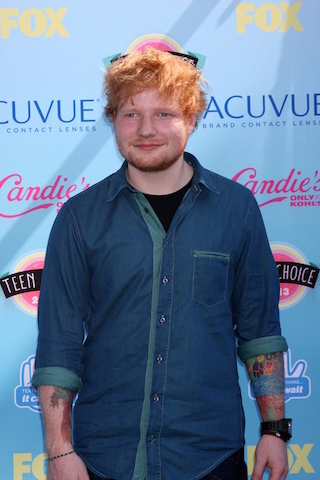 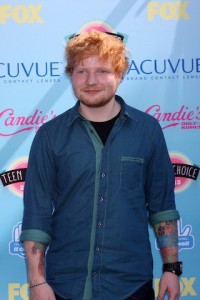 So, with the year more than a third over, it’s time to start looking at numbers. Spring sales figures can be a valuable look at consumer trends in music album purchases that will last throughout the year.

That said, with relatively few big-name releases in early 2015, the big winners are basically albums from 2014 carrying on in the months ahead.

As of the start of April, Sam Smith’s “In The Lonely Hour” has sold 370,000 copies in 2015, while Ed Sheeran’s “X” has sold 350,000, according to OfficialCharts.com.   This is actually an interesting shift, seeing that Taylor Swift was the Queen of Pop last year.  Apparently the public is just as eager to embrace serious-minded male singers.

Are we due for another round of Rat Pack-style crooning?

George Ezra’s “Wanted On Voyage” came out last June, but only started receiving major attention in 2015 – resulting in a straight shot to #3 on the list, with at least 270,000 sales so far this year.  Its mix of soulful singing, folk expressionism, and a touch of psychedelia made it a big hit as soon as anyone heard it.

It helps, of course, that he’s recently been opening for Sam Smith.

The Queen may have been dethroned, but she’s not out.  Her 1989 has continued to sell like crazy in 2015, with roughly 200,000 copies sold.  That brings her total up over “Gold” status, with 580,000 albums sold, with a run towards Platinum likely over the course of this year.

Rounding up the top five is ex-Oasis frontman Noel Gallagher and his High-Flying Birds.  “Chasing Yesterday” is the fastest-selling 2015 album so far, collecting 130,000 sales.  With a retro-80s vibe, he’s far away from the indie-folk of Sheeran, Smith, and Ezra…  but it shows that a new British Wave is certainly underway.

What music albums do you think will be the big winners of 2015?