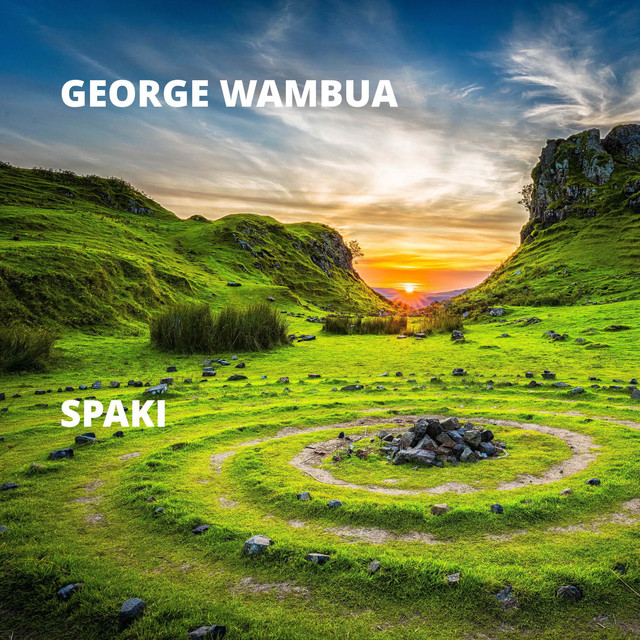 Here is your weekly blog of recommended indie music that we think you should check out.

All SongCast Radio shows are Commercial-Free & Free To Stream!

Share this blog with friends and give the gift of music

This week, we feature George Wambua, an indie artist from Kenya.  Play the video for a great interview and excellent music from this trend setting member of the SongCast family.

George Wambua Bio:
I am an artist from Nairobi, Kenya. Previously was doing stage backup vocals for various bands in the city. These bands include, Everest Kings, Ngoma Africa, Orchestra Libonza amongst others. Decided to do my own productions from the year 2017. This was after considering  the artists I was doing backup for and coming to a conclusion that maybe I could do better. Initially I used the same artists to back my songs but as time continued I have discovered that Nairobi has an abundance of vocalists some of who I now use for backup. This includes my own son.
So far i have released 3 songs in local and international markets. The songs are Tupige Kura Kwa Amani, Wacha, and Spaki. The songs are doing well in the markets. Tupige Kura Kwa Amani advices Kenya to vote peacefully and vote leaders who will assist them. It implores them to avoid political chaos including killings and property destruction which are slowly becoming a characteristic of the Kenyan political scene. The other 2 songs are generally advisory on the ways of life to young lasses. Wacha is the Swahili word meaning stop. In the song the lass is advised to stop living the bad ways of life and reform. She is advised that the world is a great place to live in. The songs has a very strong usage of Swahili proverbs and I know a few schools which are using the song for learning purposes. Spaki on the other hand is the shortened name of a girl that was born very pretty and was named Sparkle.  She is advised on how to manage herself and not to desire things that do not belong to her. The song also has a strong usage of Swahili proverbs and sayings.  Apart from the message there is a lot of emphasis on the beats and retaining a dancing atmosphere.
My music is mainly the  Chakacha genre which is predominantly a coastal beat. Kenya has a beautiful coastal strip which is popular with tourists and they love the music. The genre is very entertaining and also gives a lot of advice on ways of living. I can write and produce music of any genre but of course for now I will continue to embrace the Chakacha beat. The first song was done with the Rumba genre. I write my own music and take charge of the production process. No part of the production process is done in my absence.
Currently in production studio where i hope to release 4 more songs before the end of February. these songs include Watu Wabaya, Kipenzi, Sononeko, and Karibu Kenya. Watu Wabaya talks about bad hearted people who will do anything to destroy other peoples live. Kipenzi on the other side talks about traditional songs as compared to modern songs and has a lot focus on the dancing style. I have written a few song for other artists.
Apart from music I am a finance graduate and also a partially qualified accountant. Currently I am the head of the budgeting section of the County Government of Vihiga. I prepare the annual and supplementary budgets for the County, I am also involved in expenditure management for the County. A lot of people wonder where I find time to write and record music despite the harsh requirements of the office.
Some of the problems I go through producing music include the fact that I work and live very far from the capital city Nairobi where you can get good production equipment. It is sometimes very hard to obtain absence permission to travel to the city to record, which explains why I have a lot of pending songs in the studios. Again in the small towns I work in, it is very difficult to find bands with good equipment which would provide space for improvement and practice, so I have to rely on the big bands in the city.
I aspire to be one of the best musicians the country has produced and also make my mark in the music industry. I also have some young artists who I am trying to mold in the art of writing and producing music. One is in process of producing his song Msumbufu which is a Swahili jazz. I wrote the song and was involved in the production.
I am a simple guy who lives a quiet life and I have to some times required to proof that I am Wambua the musician.
I am available for any information you may desire for the video release.
Social Links: https://youtu.be/TiDRjgJyM44
https://www.facebook.com/gwambua06