Are You Hurting Your Vocal Cords? 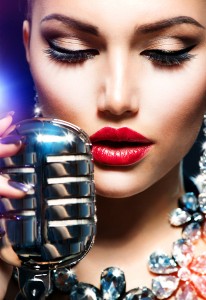 If you’re a singer, at the end of the day, there are probably few things more important to you than your throat. Our vocal cords are amazingly robust, but there are plenty of ways to damage them, sometimes permanently.

Have you ever noticed, for example, that Leonard Cohen sounds vastly different between his 60s songs and his later stuff? Or that 80s Madonna sounds almost nothing like her 2000s material?

The truth is, there’s plenty of things you can do which may harm or alter your vocal cords. Sometimes it’s downright counter-intuitive. Cohen’s voice dropped an octave after he stopped smoking! Even he was baffled by that one.

Or in Madonna’s case, it turned out that she was hurting her vocal cords with her famously nasal 80s voice. Before she starred in Evita, she spent considerable time re-learning how to sing in a fashion that wouldn’t damage her throat further.

Vocal training isn’t a “push past the pain” situation. Beyond a certain point, continuing to sing when your throat hurts is only causing damage. Give your voice a rest from time to time, and don’t sing if you have a scratchy throat from illness.

Nodules are what you get if you ignore Warning Sign #1. A nodule is a callous on your vocal cords. It forms in pretty much the same way a guitarist gets callouses on his fingers, but nodules will only hurt your voice.

These bundles of scar tissue are inflexible, and will quickly limit your range. If they build up too badly, the result is a deep, scratchy voice suitable only for some metal bands.

Improper high notes do more damage to your throat than any other. Slowly training your upper range is key here. If you’re writing songs where you have to scream while hoping you hit the high note, stop it. Seriously.

If you have to strain to hit the note, practice more before doing it live. It’s not just for good performances; it also protects your voice.