Boy Bands and Why One Direction Sticks Out

With the continued success of One Direction in the last couple years, the music business is beginning to wonder if we’re on the verge of another boy band explosion, last seen in the late 80s and early 90s.

Why? They make buckets of money. Say what you will about One Direction, but I doubt none of us would turn down their royalty checks.

So, leaving notions like “artistic integrity” aside for the moment, why is “1D” so big, and how might someone in the music business get in on that mad money? 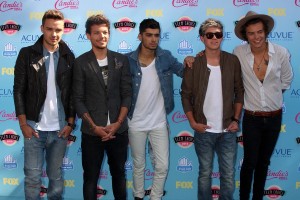 Why One Direction Is Rolling In Dough

Sometimes, you get lucky and come to someone’s attention. One Direction began as five separate applicants for Britain’s “X-Factor” pop-idol series, and they were all turned down. Except somehow Simon Cowell spotted them and decided to turn them into a group anyway.

If you’re not female and between the ages of 5 and 25, there’s a good chance you may not have even heard of One Direction. Why? Because their marketing and outreach is focused on younger females with access to credit cards, and pretty much no one else.

In the grand tradition of gigantic pop band phenomena, if it can be branded, it’s got the One Direction logo on it. Including their own line of perfume. See above, re: teenage girls and credit cards.

To 1D’s credit, their band members do legitimately have personality, and are fun to watch in their backstage segments. Seeming friendly, real, and funny makes boy bands more appealing to the *parents* who are paying for their stuff.

If some reports are to be believed, One Direction does all their own social media. This pushes their personalities, making a direct connection with their fans. Frequent backstage videos and other goodies further build those bridges.

The lesson here: For a boy band to succeed in the music business, it’s not just about music. Targeted merchandizing and constant outreach are keys.