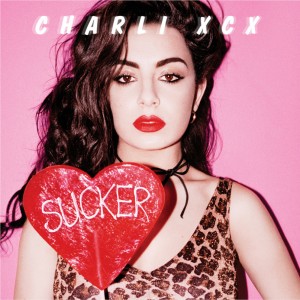 One of the hottest up and coming stars of the past year was Charli XCX, who saw her first top-ten hits as well as co-starring in a major music video with Iggy Azalea.  Her unique style, influenced by both 80s pop and goth, and her often-risque shows are quickly building her a fan following.

She hasn’t won major awards… yet.  But that’s likely to change.  So what can Charli XCX teach us about the music business?

1 – Have we mentioned collaboration lately?

Yes, it’s something we tend to hammer on, but Charli XCX is a great example of just how far collaborations can take you.  Even though she only released her first real album in 2013, and didn’t even get noticed until this year, she’s already collaborated with: Todd Rundgren, John Hill, Icona Pop, Wheezer, Vampire Weekend, Paramore, Iggy Azalea, and more.

If you make some contacts, leverage them.  Performing alongside other popular or up-and-coming acts will only enhance your own record.

Charli XCX recently made a bit of a dust-up with a -probably intentional- wardrobe malfunction, and didn’t seem the slightest bit upset about it.  On top of that, while “XCX” doesn’t actually stand for anything, she likes to suggest it implies an X-Rating.  (In fact, “Charli XCX” was merely her teenage MSN Messenger screen name.)

Like many in the new generation of female solo superstars, she has no qualms about using sexuality to her advantage.   It works!

3 – Your First Album Leads To Festivals

While fairly well-reviewed, XCX’s first album received very little publicity and tore up absolutely no charts.  However, the good reviews and overall quality absolutely impressed music festival promoters.  In fact, she even got herself named one of the “must-see” acts at SXSW 2013 by the organizers.

Don’t get upset if your first album doesn’t move too many units.  It gets your foot in the door with a serious calling card for promoters, managers, and show organizers.

Is Charli XCX the next big thing, or a flash-in-the-pan?  Please tell us below!