All Time Scariest Musicians and Bands 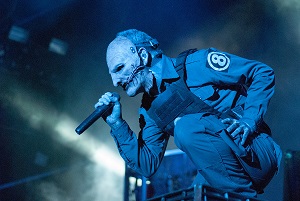 Throughout the years, many artists have taken quite literally the meaning of the word terror by using elaborate makeups and frightening outfits. Halloween is just around the corner and there is no better way to get in the spooky spirit than to honor the scariest musicians and bands of all time.

Since the early 70s, Kiss branded themselves with studded accessories, leather pants and stacked heels. Gene Simmons was known for spitting blood and breathing fire in their concerts. However, being covered in fake blood paired with an axe-shaped bass has been by far one of his scariest appearances in Kiss’ history.

Also known as the Antichrist Superstar, Marilyn Manson was one of the most infamous 90’s musicians because of his disturbing persona, public self-mutilation and frightening music videos.

Also known as the Prince of Darkness, Ozzy Osbourne has been one of the scariest musicians since the early 70s. One of the rockstar’s most disturbing deeds throughout the years was biting the head off animals such as doves and bats.

With their matching outfits and terrifying masks, the Slipknot band members look like they came straight out of a horror movie. What is even more terrifying than the band’s look, is that some of their lyrics have inspired killers and grave robbers.

Alice Cooper was one of the pioneers of Shock Rock. He had a talent for combining shock tactics and over the top theatrics in his music performances. His live performances were so elaborate that in 2004, he earned an honorary Ph.D. in Performing Arts from Grand Canyon University in Phoenix, Arizona.

The director, screenwriter and producer, Rob Zombie, is commonly known for his fright-flicks such as Halloween and Halloween II. However, the ability to terrify an audience through his twisted metal solo career is also one of his known talents.

For more information on the most famous musicians and bands of all time, follow our SongCast blog.