The indie music scene overseas is a unique one that often deserves a bit more recognition than it normally garners in the States. We’d like to highlight some must-hear new indie bands based on musical trends across the globe. 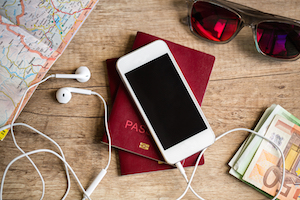 Fifth Dawn (Australia) – Fifth Dawn is a hard rock/alternative metal group based out of Sydney that encompasses high-energy stage performance and heavy instrumentation. With Samantha Faul as their talented vocalist, Fifth Dawn formed in late 2014 and released their first EP The Horizon in April of this year. Faul’s strong vocal work, as well as the metal sound of the band, both contribute to the group’s growing popularity. Their single “Turbulence” hit the list of top Aussie songs on the New Australian Music site in July.

Pelicat (Norway) – This band just came out with their Pelicans and Rainbows EP in June, and it’s an impressive blend of current musical trends. Their singles “Who You Are” and “Head to Rome,” mix dreamy vocals with clean pop and techno sounds. The group has opened for bands such as The Kooks, Xzibit and Crystal Fighters.

Lascaux (France) – Lascaux is a Rouen-based indie rock quartet comprised of a guitar, drums, vocals and keyboard ensemble. Lascaux recorded their first EP in England in summer of 2014, which led to the release of Losing Sleep earlier this year. Their hit single “Daydream” offers a peek into their musical influences, which include Depeche Mode and Kasabian.

The Maysides (Canada) – This group started out in 2012 and fuses rock, punk and pop sounds into their music. Their first studio EP, Evicted, was released in 2013 and features their hit single “1000 Friends”. The Maysides are coming out with a fresh album, Blockbuster, in the coming months for pop/punk rock fans.

The Geeks (Philippines) – This group evokes a 1960s-era indie rock sound that’s as calming as it is upbeat. Their singles “I Want You To Stay” and “Do You Too?” recall a Cranberries-esque vintage beat, while “Something About You” is a single off their Monsters Under Your Bed album that was named one of the top 25 Filipino albums of 2013.

There are plenty of emerging artists around the world that are worth a listen. Set sail to musical shores with a few of these up-and-coming indie bands!

What are some of your favorite foreign artists?

For more information on musical trends for indie artists, check out our SongCast blog!