Tips to Globalize Your Music 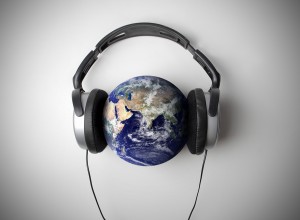 These days, a smart musician is looking towards a global audience as much as a local one.  With something like 3 billion users online, that’s a lot of potential ears to reach… but only if you promote your music in a way that makes it appealing to a wider audience.

Not to mention that since at least the 70s, there have been plenty of examples of acts that never became big in their homeland, but became big -or even outright legendary– in another country.  “Famous in Japan” might not put you on the A-list, but it can guarantee a long, fun, and fruitful career.

Promote Your Music To A Worldwide Audience

The single easiest way of adding appeal in other countries is to speak their language.  If anyone in your act knows even a smattering of other languages, build on that!  It’s a great way to build interest in other countries while engaging in direct cultural outreach.

Tastes in music production, video editing, and anything else related to music can vary wildly based on region.  For example, Asian music videos are usually far more willing to have “pop up” text and graphics overlaying the video with metamessaging.   Check out all the inspired Sims-style snarkiness in  Play by Jolin, which was easily one of the best non-English videos of 2014.

Besides expanding your horizons in general, you’ll gain more appeal in overseas markets if you look to incorporate artistic elements they enjoy.

There’s a fine line between “tribute” and “appropriation,” but on the whole, there’s usually a lot to be gained from incorporating interesting/different ethnic musical styles and not a lot to lose.   Even seemingly incongruent mashups can turn out surprisingly well, such as the growing popularity of Middle Eastern hiphop.

Look for global groups on social media that discuss multicultural music, and join in the discussion!  If you show legitimate interest -and respect for different tastes- you can make yourself known to a whole new audience.

How are you looking to find new global audiences?