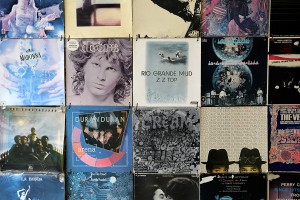 Before you can figure out how to sell music on iTunes, you have to amass a reasonable number of fans who will actually buy your music. As an indie artist, it can be difficult to raise support and gain fans without the financial backing and advertising that comes with signing on to a major record label. However, it is still possible to get your amazing music to lots of people, and there are a lot of different ways to do it. A noteworthy and exciting debut for your new music is a crucial way to promote your music, so here are three different ways you can achieve this.

Thanks to the 24 hour news cycle, people have become obsessed with learning about things instantly and being constantly updated. Use this to your advantage by live-streaming your album debut. It is rare for fans to be able to hear a whole album played live from start to finish, and as more people hear about it more people will want to tune in. It could be offered on your website, through a live-streaming app like Meerkat or Periscope, on Facebook, or on a number of other online platforms. It would give fans the exciting experience of a live show and hearing new content at the same time, and it could generate buzz, start trending, and persuade others to follow along.

A significant amount of the population spends most of the day with a smart phone in their hands (or easily within reach) and digital content is becoming more and more popular. Everyone wants to find content that is interesting and, more importantly, shareable – and having a captivating video can definitely achieve this. Videos also capture a person’s attention for three or four minutes, which is significant seeing as the average attention span in only seconds long. Debuting your album or single with a well-made (but not necessarily expensive) music video will increase your chances of going viral, and it also provides something for your fans, or potential fans, to talk about. This is the kind of buzz that you definitely want to surround an album release.

This suggestion might seem counterintuitive, but releasing exclusive content to a limited number of people can make your music seem more exclusive, and therefore desirable for people trying to find the ‘next big thing’. It can encourage fans to seek out your exclusive content, and it could generate buzz that people hear about and then go on to become fans. Some examples of artists doing this are Bjork, who released an album on Iceland Air, and Kygo, who teamed up with Uber to release an exclusive single only available to Uber users in Chicago during the lead-up to the huge music festival Lollapalooza.

Debuting an album or song can be difficult for an indie musician, but that doesn’t mean it can’t still be a huge success. Your album debut should be interesting, create buzz, and – most importantly – showcase your music and who you are as an artist. For more indie music advice and news, and for more information on how to sell music on iTunes, visit our blog.