SongCasters Richard Myles and Karsten Viese are in the SongCast Artist Spotlight this week! Read on for their indie music Q&A’s to learn more about the personal and professional lives of these fascinating musicians. 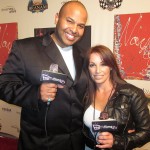 Q: How long have you been composing music?

A: Strangely enough, I have been composing music for only two years. I discovered I had music talent after I forced myself to score my motion picture Mental Scars because my company Viper Productions exhausted our movie budget. In essence, I scored the film to save money, and it opened up a door of talent I never knew was there. I encourage everyone to look deeper inside yourselves because you may discover a hidden talent.

Even though I discovered my hidden music gift on a whim, I always loved music with strong ambient sounds and rhythms. Enigma, Deep Forest, Delerium, Petshop Boys, Thompson Twins, Numbers, Madonna, Art of Noise, and Shawn Clement inspired my music. You can hear some influences in my music; however, I still have my own unique style.

Q: What are some of your accomplishments so far?

Q: Are you a full-time or part-time musician?

A: I am a part-time music composer because I am also busy with interviews for the feature film I scored and starred in as the killer David Taggart. Mental Scars has a dark score that I made sure was in place to complement my character. Visit www.mentalscars.com to learn about my movie and music career. My fan base is expanding around the world, and it feels good that hard work is finally paying off. Please check out my 5 albums on SongCast: http://www.songcastmusic.com/profiles/RichardMyles

Q: What are your goals for the future?

A: To make more albums, and inspire the world with my ambient music. 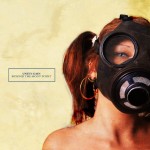 Meet SongCaster Karsten Viese of the Denmark based band Unity Gain, who has been playing music since he was 15 years old. “It has always been a very big part of me and my self-image,” he said. “I simply see myself as a musician.”

Q: What first gave you the courage to get on stage?

A: I got inspired early on by the whole punk rock and DIY attitude so for me it wasn’t really a question about finding the courage to go on stage. I just did it. I have kept that attitude and I still toady just go on stage and do it. Even if I no longer play punk I still like a bit of chaos and surprises onstage. I don’t want it all to be planned out ahead and always keep room for some improvisation. I think it’s important to relax on stage and remember to have some fun while you are up there. The time really passes fast and before you feel like halfway through your set, it’s over.

Q: When did you decide you wanted to pursue music?

A: I have always loved and hated music and that has always been the propellant that both started me off and kept me going. I love it when it’s good and I hate it when it’s bad. There is a lot of bad music out there but luckily there is also a lot of really good music. When I hear great music or go see a great concert I always get inspired and want to write and play myself. When I hear bad music I get the same urges but this time to write better songs and to get up on stage and show how it’s done. I have actually written a few songs standing out in the audience. The whole atmosphere at concerts is just so inspiring.

I practically dropped out of school the same time I got my first guitar. I knew then that I no longer needed an education or a regular job. I know this is not for everyone but for me it always made sense and it still does today.

Q: What are some of your accomplishments so far?

A: In the mid 90s my old band Circle A managed to record our debut album including 12 songs in a studio we borrowed. We have never been in a studio before and we didn’t get any help besides a five minute tour and shown how to turn all the equipment on. Without any help we recorded, mixed and released that album on our own. It was a fun and learning experience.

With my current band Unity Gain we recorded our first album in 2009 much the same way. This time we recorded everything on our own in various places like our rehearsal place and our homes. We then got it professionally mixed and mastered. We are not playing punk rock so it was nice to add some professional quality to the overall sound.

Q: What are your goals for the future?

A: For the future we are working on getting out more on the different social networks and we are going to focus on getting a few more videos out. We are writing, directing and editing them ourselves and its great creative fun. We are working on a no/low-budget which makes it a bigger creative challenge as we cannot hide behind fancy props. I think its very important for small upcoming bands/artists to work on the visual side as well as it something I think has a greater viral value. Getting your friends to share your videos are easier than to just share your audio. So I plan on working a lot more with videos in 2011.

Besides that we in Unity Gain are writing songs for our second album, which should be released in 2011. After that we have already written 24-26 songs for our 3rd album, which is going to be a very big project. We are also writing a movie script for those songs and are trying to bind it all together. This is an enormous task and that why we decided to wedge in a second album at this time. Otherwise it would mean a too long dead period between albums and we didn’t think that was a good idea. It’s important to constantly put out new work to keep fans and friends interested.

So the goals for the future can be summed up as, more songs, more visuals and more updates.

Q: Are you a full time or part time musician?

People looking from the outside might call me a part time musician but I look at myself as a full time occupation. I spend most of my time working on my music or thinking about one of the many aspects of playing in an upcoming band. These days we really have to do almost the entire grunt work ourselves as well as all the creative aspects.

But this also means that I invest a lot of time learning and practicing different parts and roles that I play in Unity Gain. I’m writing scripts for the music videos, learning how to direct, film and edit them myself. The same goes for the recording of our albums. We pretty much do everything our self except for really important stuff like the final mixing and mastering. This is a job best left to the pros.

Up next in the SongCast blog: Goal setting for musicians: make a plan, set a budget and create a timeline.

Have a great week!
The SongCast Crew