What Keeps You Motivated?

Being an independent artist isn’t always easy. Choosing to pursue a career in the music industry means your working life will be full of ups and downs. You may have tough decisions to make, like parting with band members along the way or whether or not to hire a manager. 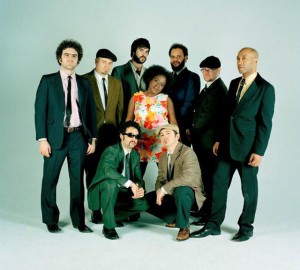 If times get tough, you might even have to work other jobs to pay the bills while your music takes a back seat.

But in order to achieve success, you have to keep your eye on the prize, stay motivated and persevere. The payoff is that a job in music is one that’s consistently fulfilling, exciting and allows you to pursue your creative passions and dreams.

And know that you’re not the only one that’s worked long and hard to make it happen. Sometimes it takes years, even decades to achieve success in the music industry. Take acclaimed soul/funk singer Sharon Jones, lead singer of Sharon Jones & The Dap-Kings, who, after attempting to forge a career in music from an early age, only achieved breakout success in her fifties.

Jones sang in gospel choirs in church and did session work as a vocalist in the 1970s but wasn’t able to score a recording contract as a solo artist. So, she spent years working as a corrections officer at Rikers Island and as an armored car guard for Wells Fargo Bank. It wasn’t until 1996 that she got her big break after appearing on a session backing soul and funk legend Lee Fields.

In 2002, her group released Dap Dippin with Sharon Jones and the Dap-Kings, and achieved immediate acclaim. Three more albums followed. Jones and her band are now highly respected and seen by many as leaders of the revivalist soul and funk movement and they’re heralded for capturing the essence of 60s and 70s soul sounds.

But it took Jones decades to get to this point and it’s obvious that her path to music was not an easy one. But she continued to work and kept her goal in mind.

So, what keeps you motivated? What makes you stick to your goals? Do you have something that inspires you and keeps you moving forward?

Have you been able to overcome adversity? If so, did you find inspiration in your struggle and perhaps use that to craft a song?

Do you have a family to support? How does that factor into your career path?

Tell us what you think!

Up next: Part one in a new series about branding!