See Ya Never, 2013 – The Musical Fads We’re Thrilled to Say Goodbye To

When you’re busy selling music online, it can be easy to miss out on the crazy ups and downs of the constantly evolving music industry. This year, some moments (the VMA’s ‘N Sync reunion, for example) went by in a flash, while others (it starts with a “t” and rhymes with “shirk”) lingered for just a little longer than we would have liked. 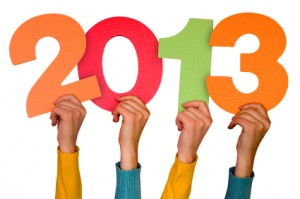 And while, in the end, 2013 was a pretty great year for musicians and music lovers alike, we wanted to take a moment toward the end of it to highlight the musical fads we saw once, dropped our jaws at, and hope to never see again.

1.  Coachella Fakers: Though we had our fair share of laughs at Jimmy Kimmel’s 2013 Lie Witness News Coachella segment, seeing all of those so-called indie fans faking their way through a festival lineup interview hurt our musical souls. Instead of fessing up when asked questions like “Are you looking forward to hearing The Obesity Epidemic?” or “Are you a fan of The Chelsea Clintons?” many excited Coachella goers simply nodded and gushed over the oops!-not-so-real-after-all bands.

2.  TMI Music Videos: Yes, Robin Thicke, you topped the charts and infiltrated our brainwaves this year with your ever-catchy 2013 hit Blurred Lines. No, it really wasn’t necessary for us to see what you had spelled out in balloons throughout your Blurred Lines musical video.

3.  Stars Gone Reality: We love our TV guilty pleasures as much as the next person, but when music careers and reality TV mix, we are not the biggest fans. Case in point? “Married to Jonas.” We can’t believe we are saying this, but after facing an MTJ marathon, we’re actually missing the good old “Camp Rock” days.

Although this year had just as many awesome moments in music, we have just one more thing to say: 2014 – bring it on.

Click here to read more or to start selling music on iTunes today.