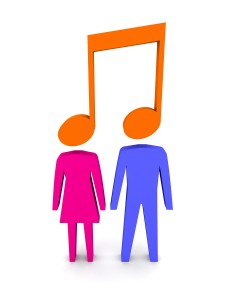 What is the meaning of life? How big is infinity? How many hours does it take KISS to apply their makeup before a show?

Though there are some questions we may, sadly, never know the answer to (Gene Simmons, we’re still waiting for your call), there is one that we can answer: who are the best musical couples of all time?

It may have taken us (one of the best music distribution companies around) months to decide and weeks to narrow it down, but after countless “have you heard her voice?!” arguments, we’ve finally got an answer for you. Well, three to be exact. Pull out your headphones and get ready to listen because here is the SongCast list of the three best musical couples of all time.

Johnny Cash and June Carter Cash: June Carter Cash and the Man in Black were more than just a sweetly matched couple – they were a musical powerhouse. Though both husband and wife made music history separately, together, they were pure magic. With their duet of “Jackson,” the duo reached No. 2 on the US Country charts. In 1968, they won a much-deserved Grammy, and in 1971, they took home another. Here’s to Johnny and June.

Sonny and Cher: Don’t lie – “I Got You Babe” is totally playing on repeat in your head right now (we knew it). No doubt about it, Sonny and Cher defined a generation. Between heavy bangs and perfect mustaches, the duo crooned easy-going lyrics right up until the psychedelic rock age. And though the two finally split, there will always be a shining star on the Hollywood Walk of Fame in their honor.

Beyonce and Jay-Z: Let’s face it: there can be no talk of musical duo stardom without mentioning Jay-Z and the Queen B. From successful collaborations to hyped-up appearances, the power couple has sold a combined 64.1 million albums, and with Beyonce’s recent album success, that number just keeps rising. Magna Carta Holy Grail, indeed.

Though there will always be more we could mention (Matt and Kim, Mick Jagger and Marianne Faithfull), for now, we’ll be busy nodding our heads to the three power couples who have made more than millions – they’ve made history.