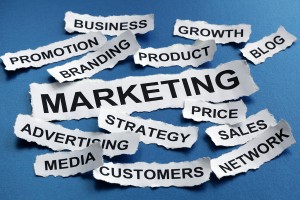 Music marketing in 2015 may turn into an entirely new ball game.  Analysts everywhere have been talking about the significant drop in music sales in 2014, and the accompanying rise in streaming radio services.

Here are a few thoughts…

A lot of artists from Trent Reznor to (most recently) Thom Yorke have had success with PWYW pricing.  A halfway major act doing this also tends to pick up free press just for doing it.  If it’s profitable, you have a great alternative to traditional sales.

Yes, I know those sound like dirty words.  However, it boils down to this: an band who understands their fans will be able to put out products those fans want.  A band that doesn’t risks losing those fans to other acts.

Whether it’s through surveys or Tweets for feedback or just hanging with fans after a show… ask questions.  Learn what they want.  Try to provide it.

We’ve said it before, and we’ll keep saying it:  Collaboration is some of the best music marketing you can engage in.  Make hookups with other bands, do combined gigs, and try to get that “feat.” credit on as many other tracks as possible.

Even though the luster has worn off Kickstarter, that doesn’t mean the idea of crowdsourcing albums is a bad one.  Some bands (like Marillion) were successfully doing it in the late 90s.   It works.  It gets fans involved in the process, and it’s a great way to get word out.

We’ll just throw this out there:  Perhaps you should embrace the trends, give away your music, and then make up the difference with tickets and merch sales.  (YMMV.)