Promote Your Music with Paid Ads 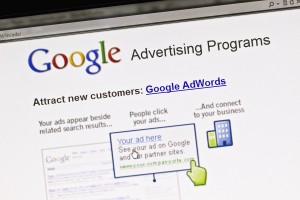 Are paid ads useful in modern online music promotion?  They can be, although it’s likely to be a “your mileage may vary” situation.

Trying to advertise online is a very tricky business, because the number of ads any particular user suffers is becoming astounding.  People see literally thousands of advertisements every day, and that number is only growing.  Most of them are ignored, and many others annoy.  Few inspire purchases.

Never-the-less, there ARE times when paid ads can help your music promotion…

Offline is still one of the best ways to reach a local audience.  If your area has a local independent publication devoted to the arts, taking out ads announcing performance dates or a new CD can be highly effective.

Radio ads could potentially also be an option for promoting a new album, although that’s probably the only broadcast ad a small band could afford.  Rates are around $100, but check your local prices.

Facebook has two main types of paid ad:  Promoted Posts, and Pay-per-Click items on the sidebar.  PPC ads have the advantage that you only pay when someone clicks, but they tend to have very low response rates unless they’re targeted with great precision.

Promoted Posts have a one-time fee, but they’ll be seen high up on your fans’ newslines.  They’re excellent for major announcements like a new album, but use them sparingly so you don’t annoy.

Another option are Google Adwords, which power the various PPC offerings in Google search results.  These can ensure that anyone searching for your band, a competing band, or even just your genre would potentially see links to your materials.  The other advantage to Adwords is you get access to Google’s keyword database, which can give you insight into what your fans are searching for.

The downside is simply that you may not have enough searchers to warrant the effort.  There could be thousands of views for a single click.

Have you tried to integrate paid ads into your music marketing?  How’d it go?