Choosing a Release Date For Your New CD or EP 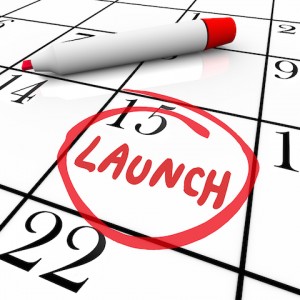 Release dates are no minor detail in the music business!  Very smart people with very big computers are paid a lot of money to try to calculate optimal release dates for albums.

Even if you don’t have access to that sort of hardware, that doesn’t mean you shouldn’t give some thought to release dates.

Picking The Best Release Dates For Your Albums

This isn’t an exact science, but we’d say that January, May, and August are probably the three best months for a smaller indie band to release an album.  January and May rarely see big releases, but are still far enough away from major festivals that the fests won’t dominate all the headlines.  August, because that’s when college kids start heading back.

So these months give you the best chance of being noticed by media or bloggers, as well as having less competition from the larger music business.

… and don’t just look at music.  Consumers see practically all the various forms of media as being in competition for their dollars.

Once you have a month selected, do some research into major music, movie, games, and similar releases that month.  Try to avoid going head-to-head with any big-name consumer media that might prove more tempting to your audience.

3 – Then consider your direct competitors.

Getting closer to home:  Are any bands in your genre, or physically local to you, releasing albums at about the same time?   It’s a bit of a “political” problem:

Releasing on the same day is very confrontational, but also shows a lot of confidence.  It can dramatically demonstrate who’s more popular, but of course, it looks bad if you lose.

Releasing before them is opportunistic, but gives you a chance to “steal their thunder.”  A smaller band might do this to try to one-up a larger one.

Releasing after them risks losing money to your competitor, but can pay off if you truly think your album is going to be better than theirs.

To get ahead in the music business, think about the big picture!