Who Do You Sound Like? Why RIYL Is Important 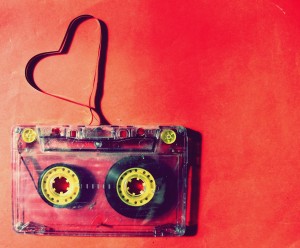 If you’re an indie artist just getting your feet off the ground, it may be hard to describe your sound – especially if you’re still fine tuning it. Are you electro chamber pop? Or more rock infused hip-hop? Or is it easier to say that if a fan likes a sound by a certain established artist, they may also like your music, too? Might be.

It’s helpful to give potential fans a reference point so they can decide whether or not to give your music a shot. There’s where RIYL comes in.

It’s a term used often by those in the music – especially indie music – world to help generate interest in an artist or album by providing the name of one or more familiar, often more established bands, who sound similar to the artist’s music.

How do you determine what artists you should list as RIYL?

It’s important to give potential fans, and music critics, a starting point from which to understand your music. RIYL is a great way to help people get a feel for your music, and fast.

Tell us what you think! If you were to suggest a RIYL artist to your friends, who would it be and why?

Setting Up a Home Studio: Part 2