4 Secrets for a Succesful Video Submission 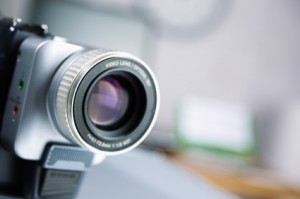 Everyone wants a hot viral video – it’s the holy grail for pretty much anyone promoting themselves online. However, with 72 hours of video being uploaded to YouTube every minute, that leaves a lot of competition in an attempt to get your video noticed.

We’d like to be able to tell you that there’s a simple formula for making a hit video but, sadly, there really isn’t. However, we can give you some guidelines! There are definitely some common factors that link successful videos, and separate them out from the pack.

Can your next video be the key to opening up your music distribution? Let’s take a look.

Tips For Effectively Using Video To Boost Your Music Distribution!

Obviously, if you’re a musician, your music videos are what you’re going to want to display to create a fan base. However, remember that there are plenty of other options for videos, especially in between rounds of production.

YouTube videos can also be a great opportunity for you to present yourself, your ideas, personal appearances, and anything else you like! Exposure is the key here – whatever your video is, if people share it, you’re going to get noticed by more people.

Here’s a freebie for you musicians: If there is one single unifying factor between practically all viral videos longer than 30 seconds, it’s music. A catchy soundtrack appears to be one of the single best ways to inspire people to watch the video and share it later, even if the music isn’t the focus of the video.

Regardless if you’re not doing a music video, still include your music on there! Branch out, try different styles, and see what works best against the videos you’re making. Never release a video without music behind it, unless it’s an extremely short clip.

3. Include your logo and your message in the first five seconds.

This is something that, as a marketer, makes me facepalm every time: Video ads on YouTube with extended introductions that run beyond the 5 second count before users can skip the ad.

This one is a no-brainer. If people can skip a video or advertisement after five seconds, then you need to get your message in there first. This is important even if you’re not using video ads, as people start clicking away from videos they don’t like within 5-10 seconds as well.

Whatever the single most important thing is about your video – your message or your logo or whatever – make sure it appears within the first few seconds. That way, even if someone clicks to skip it, they’ve still been exposed to your band.

This is a new feature that’s only recently begun growing in popularity. There are a number of plugins and add-ons that you can use with your YouTube videos to add elements within the video that people can click on.

At the most basic, you can include links to your albums, which makes this a great way to push your music distribution. As things get more complex, you can potentially add static pictures, live updates such as RSS feeds, MP3 downloads, and more.

There’s a wealth of extra features you can add to your videos, and every time you inspire someone to click on a video, you may have created a new fan.

When you’re looking to use video to push your music distribution, engagement is the key. Catchy music, interactive elements, and plenty of incentives to share will get you noticed!