4 Tips when Performing for the College Crowd

If you’re a working musician, you’re probably saying ‘yes’ to every live music performance opportunity that comes along. (And if not, why not?) However, most of us hope for college gigs in our early days – they’re the ones that give actual exposure to struggling new acts.

Whenever you land a job at or near a college, you’ll want to make sure to make the most of the opportunity!

Four Steps Towards Getting More Out Of Each College Gig! 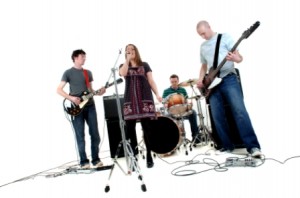 Get The College Radio Station Involved

Most of the people showing up to your concerts are just going to be folks looking for drinks and a cheap live music performance. If you want the music snobs to notice you, make sure you start buttering up the radio station ahead of time. Try to make contacts, or at least send them a demo disc or thumbdrive before the concert.

If you catch someone’s ear at the radio station, you’ll get airtime and promotion. That means you’ll get more serious music fans at the gig – the sort who might be blogging about you afterwards, or who might actually buy something!

Play To The Venue

It’s easy to treat “the college crowd” like it’s one group of listeners, but of course, as anyone who’s hung around a college town knows: every bar and club means something. As the size of the college increases, you start seeing niche bars for every campus sub-culture.

Do a little research before the gig, and try to get a better handle on what sort of crowd you’re going to be looking at there. If you’ve got a big enough repertoire, try to pick and choose your sets ahead of time, tailored to the venue, rather than playing the same stock sets every time.

This one’s a threefer: You’re more likely to make an impression on the crowd, fans will have more reason to keep coming (even to the “wrong” club) if you vary up your sets, and varying things up will inspire you to play better too!

Go Social With The Crowd

Working and involving the crowd is a good idea in any live music performance, but it’s especially effective when dealing with a college crowd. Virtually everyone in that club is going to have a smartphone in their pocket – make use of that!

Get creative! Encourage them to record and remix you, and upload the results to your social pages. Send out Tweets during the show to fans in the audience. If you need inspiration, just look at all the various tricks Trent Reznor has used over the years. He’s practically invented the playbook for online music fan involvement.

Give Away A Few Tracks

Here’s a quick and easy way to get yourself on more people’s playlists. After the show, hang around for awhile and do a meet & greet with people hanging around the club. Or maybe even catch the next act, if there is one.

With a little preparation, you can set up an exclusive free EP with a few of your better tracks, and set it up to send to anyone who Likes you on Facebook or Retweets you or signs up for your mailing list. It gets more people following your announcements, and sends them away with some free tracks that they’ll hopefully play for their friends.