Creating Merchandise that Will Sell 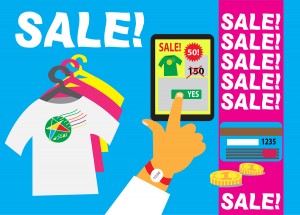 Merchandise has always been a major part of music promotion, and lately, it’s becoming even more important in keeping bands profitable.   Fans don’t just buy merchandise because they want your logo plastered on their shirts – they know it’s a way of giving back to the bands they like.

But, it’s important to make sure you’re giving your fans merch that they want.  A lot of fans’ wallets are feeling the pinch too, so they’re not going to buy just any old gear.

Given that you can usually get away with charging $20+ for a piece of clothing, don’t succumb to the temptation to go with the lowest-priced vendor you can find.  The cheap print-on-demand places usually have incredibly poor apparel that will fall apart quickly.

Granted, this might be a plus in more punk genres…  but  overall it’s better to give your fans stuff they can actually wear more than a few times.

If your band has a logo or mascot that can stand alone, you’ve got a great hook for creative music promotion.  The more distinctive\specific it is to your band, the more fans will like it.

I mean, look at how much stuff KISS has sold just based on Gene Simmons’ tongue…

Got a bunch of B-sides or other songs you’ve recorded that have never quite made the cut for an album or LP?  Throw them online, then put free download codes into\onto your merchandise.

Depending on how much unreleased stuff you have, this can be a great way to do something with it, or to release more experimental tracks in a format where fewer people will complain.

Don’t keep trying to get $40 for sweatshirts no one has bought in years.  Be a good shopkeeper, accept that stock isn’t going to move, and clearance it for a buck or two above cost.  It can be a great post-concert surprise for lucky fans.

So, what’s the best piece of band merch you’ve ever seen?