What Makes a Song Go Viral 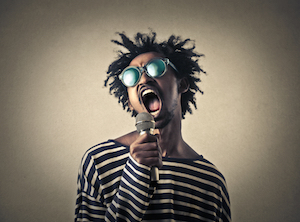 Indie artists want to know how to sell songs on iTunes, how to get record deals, how to book gigs, and how to gain fans in general. Thanks to the Internet, there is a new way for artists to gain instant popularity – making a song or video that goes viral. How can artists do this, and turn a moment of buzz into a successful career? Keep reading to find out.

Figure out what makes you unique

Highlighting what sets you apart from everyone else will encourage people to notice you, and to show their friends about the interesting new band they’ve found. People are always trying to find out what the next big thing in music is going to be, and you need to convince them that it is you. Maybe you have a drummer with incredible skills, maybe you have a lead singer with a unique voice, maybe you perform in costume. There is definitely something you do that no one else does, or at least there should be, so show it off.

Use what people already know

This might seem to contradict the previous point, but there is a way to put a new twist on something that’s been done before. The band Pomplamoose gained YouTube fame after covering Beyonce’s “Single Ladies” and are now darlings of the Indie scene. People can connect with something they know, and appreciate how you’ve changed it to express your own artistry. (Just make sure you’re not infringing copyrights, and there are thousands of possibilities).

Get people to talk about it

When something really goes viral, it can seem that suddenly everyone knows about it. Sometimes it’s something that makes people laugh, sometimes it makes people cry. In either case, they are probably going to tell other people about it. Producing a song or a video that gets a conversation started is invaluable because people are also going to be talking about you. Hozier’s video for “Take Me to Church” made a political point, Taylor Swift’s recent “Bad Blood” video had an amazing plotline, and Ylvis’s infamous “What Does the Fox Say” video made people talk about how confused they were by it. In every case, fans wanted to see more from the artists, because they were intrigued and interested by them.

Sometimes artists put out content that seems intended mostly to shock people – think of basically anything Miley Cyrus has done in the past few years. While it might get Miley press because she was already a pop star, you should tread lightly when consdering making a song that is a little more out-there. Yes, you should embrace your unique qualities, but you also might alienate fans. Whatever you do, always try to send a positive message to listeners, and remember that shocking people might cause your video or song to go viral, but that shock will soon fade, and your fame might fade with it.

If you aren’t creating quality music, then people aren’t going to want to share your music. So if you’re trying to meet deadlines, gain fans quickly, and rushing your artistic process to produce subpar music, you won’t be as successful. This sounds straightforward, but it is easy to get caught up in trying to make something and send it out in the world as fast as possible, and not focus on quality as much as you should. Take your time, perfect your sound, and then create a viral hit.

Make it catchy – and easily replicated

Some viral sensations are so catchy they’re almost impossible to get out of your head – and they’re also not easy to forget when a plethora of YouTube tributes and parodies pop up. Think about Gangnam Style or the Harlem Shake – immediately after they went viral, thousands of people were copying PSY’s dance moves, and filming their own versions of the Harlem Shake. It was all over YouTube, Twitter, and Facebook. Granted, these viral sensations did fade into obscurity relatively quickly. This was for a lot of reasons, but the main way to avoid this happening to you is simply to consistently put out songs that are great, until you’ve grown your fanbase sufficiently. If you also follow the rest of these tips – being unique, getting a conversation started, and making great music, then you will see results.

If you’re an Indie artist on the road to success, SongCast can help you get there. Learn how to sell songs on iTunes, distribute your music, and hear about the latests news in Indie music by visiting our blog.