Will New Music Friday Be An End to Music Piracy? 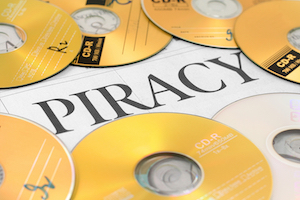 c from being pirated, and it’s also another opportunity to help boost your music promotion and sales.

The International Federation of the Phonographic Industry (IFPI) started “New Music Fridays” on July 10 to help erase concerns regarding music piracy just before new albums are released. This is essentially a campaign to help keep the music industry more aligned and create a specific time for putting new music on the market. Since it will set up a specific day for music releases, IFPI leaders hope it will thwart illegal music downloads.

The CEO of IFPI, Frances Moore, said the organization drew this idea up after consumers expressed that they typically look for new music on Fridays and Saturdays. It could also be a great way for fans to get excited for your new album release just before the weekend.

Tuesday has typically been the industry’s standard day for purchasing new albums, but now your fans will know that Friday is the new Tuesday when it comes to fighting music piracy and getting your songs out there.

This new move also introduces a global connection, as it sets a music industry standard that will help you get your new music out—and fans everywhere will be expecting it. You might consider starting to add this campaign to your band’s social media channels so fans know to look for your new album on Fridays.

You will also benefit from getting some music inspiration from other indie artists who are releasing albums on New Music Fridays.

So, what are your thoughts on New Music Fridays? Let us know in the comments below, and be sure to visit our SongCast blog for more tips on how to make it big in the music industry.