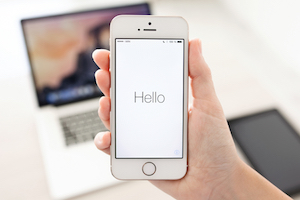 How To Get Started with Apple Music

Apple unveiled a new tool called Apple Music today, and it could be a hit-or-miss with indie artists searching for new music distribution channels.

Apple Music is a new streaming service that allows certain musicians and experts to curate playlists and suggest new music for the listener for $9.99 per month—though the terms and conditions of its 3-month trial period have sparked some ire from indie record labels.

The tool will allow Apple Music members to add any song, album or video to their library. Then, the user can design playlists and save them for offline listening. The way Apple describes it, you tell them what genres and bands you prefer, and they deliver suggestions based off your favorites. These experts, Apple says, are “combing the scenes to bring you emerging artists and deep cuts, and creating playlists that feel like they’re coming from a friend who knows exactly what you want to hear.”

Users with iOS capabilities can also use Siri for an even more efficient music experience. For instance, you can tell Siri what song to play after the current song is over, play more songs like the one currently playing, or something as specific as “Play the top songs of 1958.”

There has been some back-and-forth about this new Apple feature, however. In one Variety piece, Bob Lefsetz calls Apple Music “just a better-looking Spotify” and sees no reason why YouTube isn’t a better music distribution propellant. Many indie record labels are opting out of putting their music onto the service after learning they would not be given royalties during the first three-month free trial period. Anton Newcombe of The Brian Jonestown Massacre tweeted: “The biggest company on earth wants to use my work to make money for 3 months and pay me nothing – [if] I say no, I’m banned.” Apple responded, reassuring Newcombe that no bans were in store.

We’re not sure yet if this will be a useful new feature for indie artists trying to find more music distribution routes, or if it’s a step up from Spotify and three steps up from Pandora. It could help get your music out there—if your songs are added to enough Apple Music playlists, it could bring in major new audiences. In addition, it could open your eyes to up-and-coming indie artists also trying to spread the word about their music.

Will you be trying out the new Apple Music feature?

Check out our SongCast blog for more tips on music distribution!