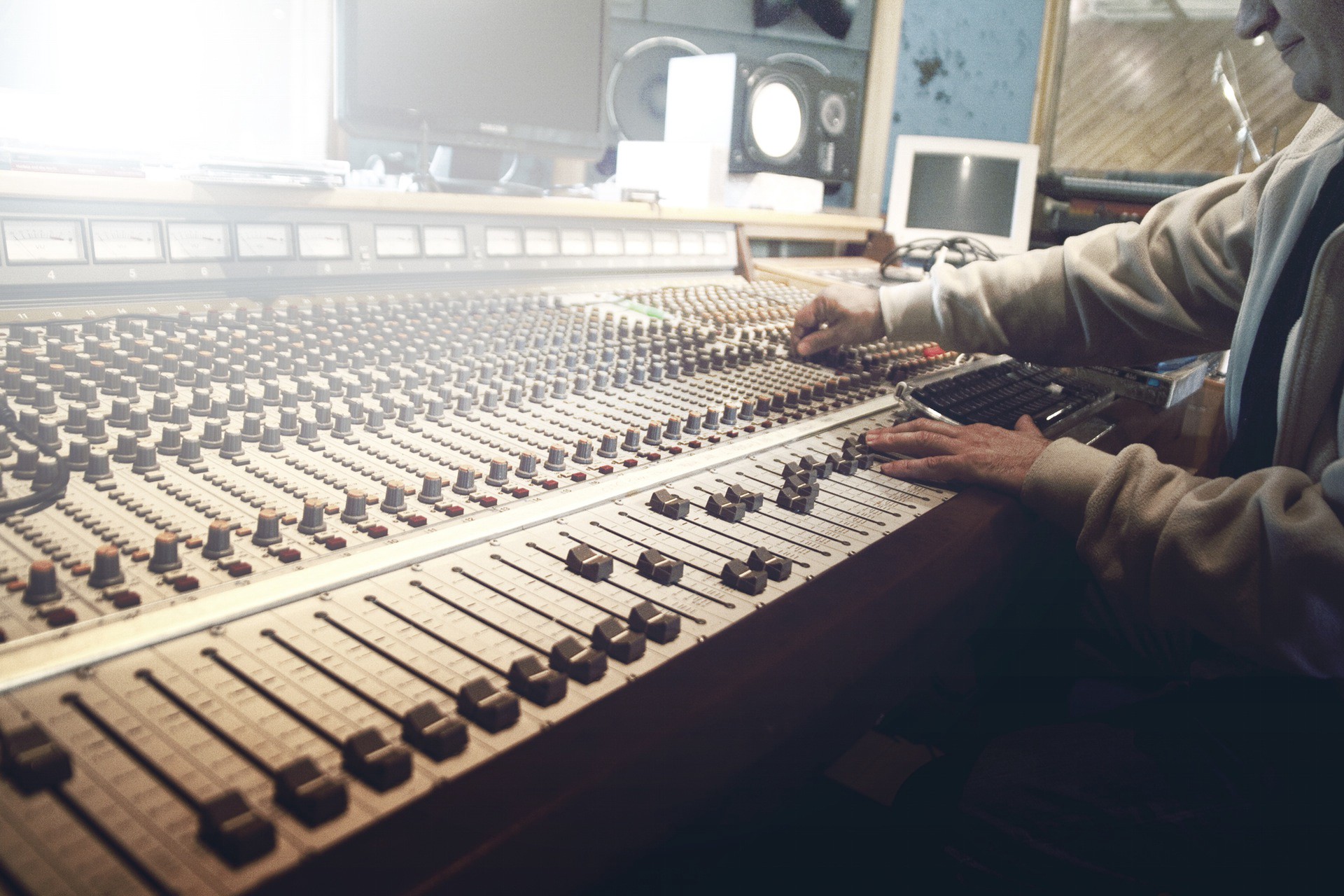 How to Make Your Recording Studio Session as Productive as Possible

In discussing the Slow Burn, I talked a little bit about recording and how I think it’s more important to cover the basics so that you’re not starting over every time you record at home or in a studio. I know a lot of live musicians who rarely get the chance to visit a studio and a lot of indie bands who can’t get a good sound in their home studio. So I thought it might be a good idea to talk about some ways to make a recording session be as productive as possible.

I talked to some musician friends who’ve recorded in different environments and the recording engineers that I mentioned in the Slow Burn article. I took what they said along with my own observations on how to make a recording session productive.

Pre-production starts as soon as you know you’re going to be recording. It’s not just a consideration once you get in the studio.

My friend Todd Kemp (a music professor, percussionist, and singer/guitarist of The Prudish Few) tells me planning your session is essential. This is the time when you’re going to plan the other four parts of your session. Figure out how many days or hours you’re going to have to do the basic tracks and estimate how many songs you can complete. Plan how you’ll do overdubs. And know ahead of time how you’re going to handle the mix (more on all of these items later).

“Pre-production is the most important part of the recording process; determining the artistic presentation and soundscape of a song, as well as planning how melodies, harmonies, rhythms, and dynamics of each of the instruments and voices support each other is crucial to a successful recording.”

Jeremy Ferguson, recording engineer at Battle Tapes in Nashville, points out the importance of making sure your instruments are ready for the session.

“If your instrument’s intonation seems off (it’s not staying in tune), have that set up before entering the studio. Once you’re doing takes and your instrument sounds bad, that’s a good time to lose a lot of momentum and time trying to fix. If you’re using your drums, new heads will improve your tone a lot (unless you want a dead sound).”

[Full disclosure: I borrowed one of Jeremy’s guitars for a session when the intonation on mine was totally borked.]

Jeremy says that for him, rehearsal is the number one advice he gives a band.

“I’ve recorded some of the same bands a number of times and the biggest difference between each session is how much time they spent with the song before trying to record it.”

He also touches on an important note for bands: the organic quality of playing together. Because you want the best performance from everyone, don’t half-ass a take.

“Even if you are just recording scratch tracks, play as if it were your keeper take… as it may be your best take. The whole process and your performance WILL influence the other musicians whose takes will be kept either way (such as drums).”

Part of that rehearsal is that you and your band should be comfortable playing how you’ll play in the studio. Todd Kemp and I share a terrible studio experience when our band was split up into solo recording booths for live tracking. We couldn’t see each other and visually communicate. It was completely unnatural and screwed up the entire session.

“If there’s any chance you’re going to want to use a click track, rehearse with one to make sure the drummer doesn’t have a problem playing to it.”

This is a big deal as playing to a click is often an alien experience that can throw off your entire session. I suggest that all instrumentalists should at least demo some stuff with a click track (GarageBand has one built in) so they can get a feel for staying on the count.

As a drummer, Todd Kemp used the BOSS Dr. Beat for years until iPhone apps caught up with features. He uses Pro Metronome. As guitarist who finds time signatures terribly confusing, I have a basic Android app called Digital Metronome.

Tracking is the heart of the recording process. But it doesn’t have to be a high pressure situation. You’re going to have to figure out what works best for you whether you’re a solo artist or a band. You’re going to want to be comfortable doing the basic tracks of any recording — no matter if you’re recording a full band live, laying down drums and guitar first, putting down a drum machine track or just recording a guitar guide to a click track.

But you should still do pre-production and rehearsal.

Daniel Morones gives this advice on why that pre-production and rehearsal is important:

“There will also inevitably be that point through the recording process where you feel overwhelmed and second guess every move you’ve made in the studio. It’s good to remind yourself that you did your homework before you started tracking and you were once really excited about the songs. Hold onto that feeling. It will help you get to the finish line.”

When you track in a professional studio, you’re not going to have unlimited time to figure out how to adapt the environment to your quirks. So the best thing is to be rehearsed and prepared so that you can adapt to the environment.

Tracking is sometimes a performance game: you go in with your set and you knock it out over and over until you’re sure you’ve got one or two good takes of every song. And sometimes it’s a technical game: you make sure the metronome is set to the perfect BPM and you lay down a guide instrument until you get it right. But it’s always a time game: you have to be sure you can get the basic tracks down quickly enough that you have time to complete all the overdubs.

If you’re recording more than one song, then remember, you’re recording instruments, not songs. So you’ll track the song, then add an overdubbed instrument to every song that needs it. When you get to overdubs, how many songs need the same instrument overdubbed? For example, if you’re using a particular Wurlitzer on 3 songs, don’t put it on 1 song and then move to the next overdub on that song. While you’ve got everything set up, put the Wurly on the next song where it’s needed. A good producer is going to have you do that anyway. But it’s good if you know where you’re using certain instruments so you can plan how to record them to finish instruments.

Do it all together: all keyboard overdubs, all guitar overdubs. Not only does this cut down on the set ups and breakdowns for recording different tones, it also optimizes your band members’ time. If you’ve gotten basic tracks down and you’re moving to guitar overdubs, the other band members can take a break.

Finally, as Todd Kemp says, “don’t think you can fix it in the mix. If it sounds bad now, it is bad.” Whatever you hear in the tracking and overdubs that sounds hinky needs to get fixed before you move on to mixing.

Todd says for him it’s often a rhythm thing where other band members think a take sounds fine but once the other instruments are laid on top, a slight shift in time makes a big difference. “Because you can’t fix stuff like that. People will tell you, ‘we’ll just bump that over in ProTools.’” But it’ll always sound better if you just do a better take.

The entire process from preproduction to mixing is a winnowing down from a vague idea of a recording to a finished product. Allen Morris describes it this way:

“Take a big picture approach, then pare down to smaller and smaller details to determine the pieces that will build that big picture. Set an objective, then plan through recording demos or charting things down to see how you will achieve that objective. So by the time you get to the studio for the final take, all the musician has to worry about is nailing the performance, rather than trying to think of what they’re going to play.”

You can do worse than reading Steve Albini’s amazing studio advice to Nirvana and taking it to heart.

When Steve talks about the sound of the record, he’s talking about the conversations you and your band need to have during pre-production:

“Predicating the recordings on my tastes is as stupid as designing a car around the upholstery. You guys need to decide and then articulate to me what you want to sound like so we don’t come at the record from different directions.”

And when he talks about mixing, he makes a fantastic point about how the mixing doesn’t fix the recording:

“I do not consider recording and mixing to be unrelated tasks which can be performed by specialists with no continuous involvement. 99 percent of the sound of a record should be established while the basic take is recorded.”

The entire letter he wrote to Nirvana prior to recording In Utero is worth any musician’s time. But his postscript really brings it home for musicians heading into the studio:

“If a record takes more than a week to make, somebody’s fucking up.”