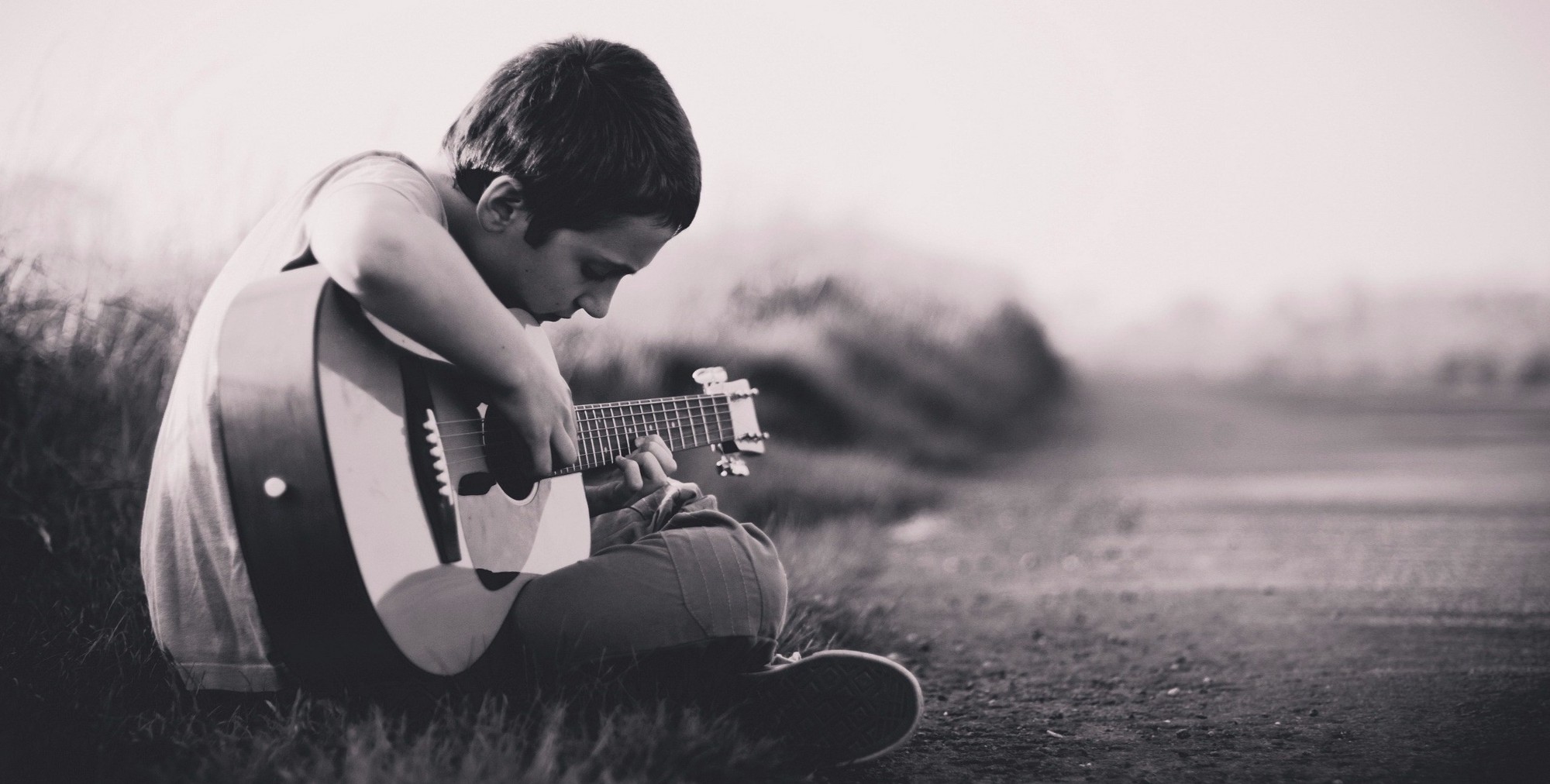 You practice music, don’t you? It sounds like a dumb question. For a long time, I didn’t really practice. I just jammed. I made up riffs in between making up songs. I basically ingrained my bad habits and techniques into my head and hands.

Rehearsing like that gave me confidence to play those songs whenever I needed or wanted to. It got me comfortable with the dialogue between my hands and my voice. It helped my rhythm. It improved my performance technique. But it didn’t do much to educate me musically.

Recently, I’ve wanted to improve my knowledge of theory and my familiarity with the fretboard. I want to unlearn decades of reinforced bad technique. I’m lucky to have a music professor as a close friend. Todd Kemp of Belmont University has given me a lot of casual lessons about theory that have helped my understanding of music.

While he plays guitar, Todd doesn’t describe himself as a guitarist so he doesn’t talk to me much about technique. That’s actually helpful in a way since I’ve got to find my own way to unlearn my habits. Todd did give me this practice ritual though. He got this from a student whom he said advanced his own playing at an incredible rate. Here it is, the Four Part Practice Ritual:

1. In each practice session, choose four specific techniques you’d like to improve.

It might be a certain kick drum roll you’re trying to perfect or a perfect hammer-on lick. So for me, these a technique might be: running through the Phrygian mode all over the neck.

2. Practice each technique for thirty minutes.

This part is pretty self-explanatory. Thirty minutes isn’t really a big commitment to each technique. It’s the last two pieces that make this worth it.

For me, this is the part that’s hard. Documenting what’s holding you up is an amazing way to learn and understand where to pick up next time but it’s hard to get used to.

This step is also a little challenging, at least for me. If you’re just getting things going at thirty minutes, it can be hard to cut yourself off. Likewise, if you’re in a challenging position, you might think with ten more minutes and you’ll get it.

That’s why step three is so important. If you’ve noted where you’re having difficulty, you’ll know where to start tomorrow.

The point of this Four Part Practice Ritual is to isolate areas in which you need improvement in order to improve quickly. Picking four areas of practice for each session keeps you focus while also factoring in some diversion. If my goal in a single practice session is to know all my modes better, this won’t help. But if my goal is to nail the Phrygian mode, this will get me there quicker.

While thirty minutes of practicing one specific technique isn’t really that much. The two hours of solid practice that you get from going through the four techniques you’ve chosen is really going to pay off.

There is a big reason why this method helps us improve more quickly: it combines focus with healthy diversion.

Firstly, anyone who has tried to practice one technique for an hour or more has probably noticed diminishing returns. The longer you continue, often the farther away from nailing it you get. Focusing on a small technique for a shorter amount of time fixes that problem.

Secondly, spending only 30 minutes on each area keeps our brains agile. It concentrates our time so that we can make quicker progress. Taking notes lets us know where to pick up next time.

If you’re not rehearsing for a gig or writing, you should be practicing. I know it sounds like guitar shredder advice from the 80s. I always scoffed at the thought of those guys just playing scales for hours. But the thing is that there’s always more to know musically. It doesn’t have to be boring, rote exercises. The point is not to limit yourself by doing what you’ve always done.

If you want music to be a constant presence in your life, you’ll probably have to work to make it interesting after a while. A new practice ritual can shake things up and help you advance quickly.