Here at SongCast, in addition to helping you promote your music 24/7, we are always looking to update you on the next biggest group, the next hottest sound, and the next best source for your artistic inspiration.

And today, we’ll share our pick for this winter’s coolest new albums. 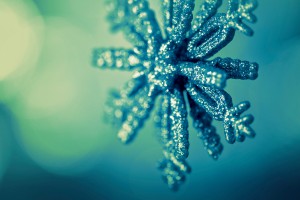 Chances are, by now, you have already heard Mother Monster’s first album single “Applause” at the VMAs, on the radio, or altered for laughs on the most recent episode of SNL and chances are, you have already formed an opinion about it. But whether you love it or hate it, “Applause” actually isn’t the reason we’re taking the opportunity to highlight the innovative album. From “Aura” to “Do What U Want” (featuring R. Kelly), Gaga melds radio-worthy beats with true lyrical and vocal talent. The move is a smart one and one to take note of: in ARTPOP, Gaga appeals both to mainstream fans and musical connoisseurs alike.

We’ll admit, Pure Heroine is little more fall than it is winter due to its September 30th US release date, but the album is far from being shelved anytime soon. There’s no doubt you have heard Lorde’s almost hauntingly beautiful “Royals” on the radio about 600 times now, and while we praise the New Zealand singer for her chart-topping single, we also want to highlight her perhaps lesser-known songs. If you haven’t yet, check out Lorde’s unique style in “Tennis Court,” “400 Lux,” and one of our favorites, “A World Alone.”

Shifting the spotlight away from our winter leading ladies and onto an epic rock band that has been around, in one way or another, since ’89, we’re focusing on Fuel and their soon-to-be-released album Puppet Strings. Though Fuel has performed a number of songs from the new album live, the album is still in the works and is set to be released in early December. This will mark their first album released in six years, and our head-banging, lighter-waving fans are getting ready.

From Ms. Spears’s much-anticipated Britney Jean to B.O.B.’s self-proclaimed game changer Underground Luxury, this winter is shaping up to be a musical season to remember (and air guitar to). Click here to read more or to find the answer to the question “How do I promote my music?”