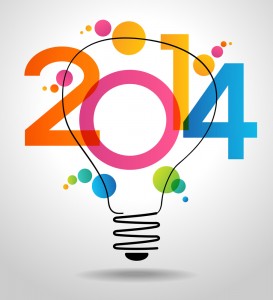 Whether you’ve just made the decision to stop waiting and start selling music online or you’ve been working hard to promote your songs for years now, we believe that when it comes to music distribution, there’s simply no time like the present.

And while the expression certainly rings true year round, it’s especially accurate during the first, fresh moments of the New Year. Sure, you heard the greetings, the invites, and the resolutions, but this year we’re going to give you something even better for 2014 – just for Auld Lang Syne.

Here is the SongCast list of the New Year’s hottest tips for selling music online:

Fan focus: Make this the year you focus on the fans. Keep writing, keep recording, and keep fostering your passion – all with your fan base in mind. Hold fan contests on your social media pages, give away free downloads, and take the time to respond to questions and comments. Though it may take effort and creativity, when you focus on your fans, you’re cultivating loyalty and interest – two things that will help you sell not only your current music, but all future albums to come.

Make that music video:  Maybe you’ve been holding off because of a lack of inspiration. Maybe you’re worried it won’t match the picture you have in your head. Or maybe you’ve just never really given it much thought. Whatever the reason, take the leap in 2014 and make a music video. Remember: it doesn’t have to be expensive to be epic. Anyone recall a little homemade tredmill mastery called “Here It Goes Again” by OK Go? 19 million views and counting. Think about Zooey Deschanel’s simple and goose bump-inducing covers, uploaded with just a laptop camera, a ukulele, and a YouTube account. Don’t stress; just press “record.”

Go hassle-free: From social media campaigns to gig-booking, we know there’s a lot that goes into selling songs online. So why not make the whole process just a little more straightforward? By working alongside an experienced online music distributor like SongCast, you’ll see your music on major music retailers in just a matter of weeks. Great coverage, 100% artist royalties, and the opportunity to really make your mark in the New Year; go get ‘em.

We know by now that you’ve probably already made your New Year’s resolutions. By hey – why not tack on another? Make 2014 a defining year for you and your band and start selling music online today!