Sound recording is full of specialized terminology. There are tons of acronyms and 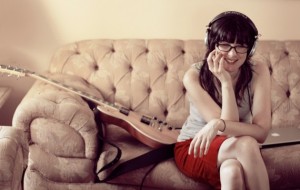 industry words that might seem foreign if you’re new to recording, so now’s the time to brush up on your vocab! Here are ten terms you may not have known*:

*Note: All definitions are derived from Recordingmag.com’s Glossary of Tech Terms. It’s certainly a resource worth checking out!

Tell us what you think: How many of the recording terms listed above did you know?