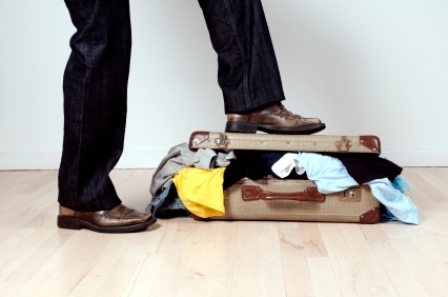 What to Pack when Attending a Music Festival 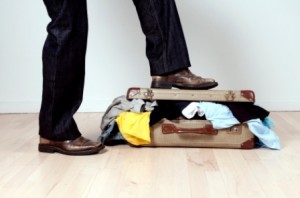 From the summertime outdoor mega-fests such as Coachella, Bonnaroo and Electric Forest, to the spring and fall music conference showcase events like SXSW and CMJ, the packing list for music festivals can vary widely. For some festivals, camping gear will be most important, for others, skinny jeans and ironic thrift store T-shirts will suffice. But if you’re an independent musician, a few items should always make the packing list, even when attending as a fan. Because you should always be networking, even when you aren’t on the bill…ESPECIALLY when you aren’t on the bill. So, besides obvious things like bug spray and sunblock, here’s what a properly networking musician should pack.

When making connections at a music festival, having a business card shows you’re a pro. For every 50 cards you hand out, only a couple of people may follow up, but it could be one of those two that leads to a great gig or promo opportunity. It’s not hard or expensive to get decent business cards, thanks to online companies like Vista Print. Pick a good design, add the contact info, a clever descriptive tag line and have them
delivered to you door for next to nothing.

CDs/flash drives with your music

If you’re playing at the festival you sell your CDs, of course, but if not, be prepared to give them away to the right people — musicians in other towns you can swap gigs with, promoters, bookers, etc. USB flash drives, aka thumb drives, are becoming more common, especially among industry/PR types — less bulky, easier to plug in and play.

Pens and a notepad

At some point you’re going to need to write down somebody’s contact info, or the name of that great unsigned band you just saw, or get an autograph from one of your favorite artists. You can’t do everything with a smart phone.

We can’t begin to tell you the number of times a cell phone charging cord has become the Holy Grail at a music festival full of people who forgot to pack theirs and offered money or barter for the use of ours.

Easy to forget when packing, something you’ll wish you had after
downloading the tunes of the incredible local band you just saw on the festival side stage.

Everything above goes in here. It could be a fanny pack, if you want to stand out and be the object of derisive giggling. Throw a bottle of water and some snacks in there as well, unless you have the cash to spend on inflated concession prices.

Oh, and it may sound weird, but you’ll thank us later, especially if you’re attending the mega outdoor fests: bring some plastic twist bottle caps. It’s policy at many larger events nowadays to serve bottled beverages sans caps. If you don’t want to chug that 20-once soda all at once and keep the fizz intact for later, pack the cap.

Music Education and the iPad

November App of the Month for Musicians