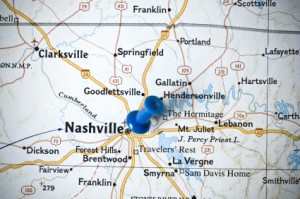 If you’ve never been to Nashville and are planning a trip to the Independent Music Fest the first weekend in October, you’re in for a treat. First-timers to Music City are often surprised by the sense of community that exists in the city, especially among musicians. Go sit in the park with your guitar, or play an open mic, and you’ll leave with a few new friends and connections. Everyone in Nashville seems to be doing, or trying to do, one of two things: make it as a singer or make it as a songwriter. This means songwriters pitching songs to singers and publishers, and singers and managers looking for songs to cut. Sure, it can get competitive, but a support network of like-minded individuals is also a huge part of the Nashville scene. You may go to Nashville alone, but you won’t feel alone for long if you open yourself up to all the city has to offer musicians.

The Independent Music Fest was created to help bring independent songwriters and performing artists together. The 2012 festival takes place at different locations on Music Row. Music Row is a neighborhood near downtown that is the hub of Nashville’s publishing and recording industries. The neighborhood looks more residential than business, with offices and studios set up in old homes and small office buildings. It’s home to the famed RCA Studio B, where hundreds of hit songs have been recorded by the likes of Elvis Presley and the Everly Brothers. The studio is open daily for tours, now in conjunction with the Country Music Hall of Fame downtown. Both are don’t-miss attractions while in Music City.

A good base of operations during the festival is the Music Row Best Western on Division Street. Each day of the festival the lounge of the Best Western will host Music Specialty Info Areas, where participants will be able to talk to music industry insiders to learn anything they want to know about how the music biz operates in Nashville, from song plugging to recording demos and even basic career advice. If the Best Western doesn’t have any rooms available, there’s a Comfort Inn nearby on Demonbreun Street and an Embassy Suites and a Hilton on Broadway, all within easy walking distance to the festival stages.

And who performs on those stages? You, and other indie acts. All registrants who purchase all-inclusive badges will be able to perform at the festival. There are two types of stages, one for songwriters to showcase their original material, another for singers to display their talents as they seek out new songs. If past festivals are any indication, unofficial stages also pop up in the form of impromptu jam sessions on sidewalks and in parking lots.

The Independent Music Fest isn’t a Country-only event, it’s a multi-genre festival. That’s another thing most first-timers find surprising about Nashville in general: the diversity of the music. Sure, you’ll encounter lots of cowboy hats and honky-tonk acts, but if you’ve got good songs, the genre doesn’t matter in Music City.

Blogging and SEO: Why Fresh Content is a Must to Sell Music Online