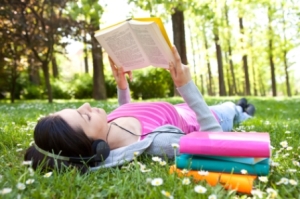 For those serious about taking their music career to the next level, some higher education is in order. Whether it’s on the production or playing side, a sound musical education enriches not only a career, but life in general.

The leading music schools in the U.S. are standard bearers, most of the names sounding familiar to anyone remotely interested or knowledgeable about post-secondary institutions of learning. The fields of concentration may vary, but these are the top music education programs in the country based on different rankings from different sources. It shouldn’t be surprising that many of the best music schools are also considered the best schools in general. These institutions are for the serious student of music, not the quick degree you might see advertised by a local technical college on late night TV.

The latest rankings from the last two years from U.S. College Ranking.org, a website devoted to ranking colleges by region and programs, don’t show much change among the best of the best. In fact, the same schools made the Top 10 for 2010 and 2011, with the only difference being a small shuffling of the top spots.
The 2011 rankings — according to the website — are:

NPR questioned these rankings in a blog on its website, pointing out the the list seems to be biased towards Midwestern schools and larger institutions with expanded liberal arts programs, but didn’t disagree with any specific school being on the list.

Another way to gauge what the best music schools in the U.S. are is to ask the students themselves. The website StuVu.com gives reviews and rankings of schools by college students. Their list of the best music schools is somewhat similar to the above list, with one notable exception: the Berklee College of Music in Boston, which isn’t even in the Top 10 on U.S. College Ranking’s list, is at No. 1 on the students’ list, while the University of Rochester (Eastman School of Music) didn’t make the Top 10 on StuVu.com (it’s at No. 11). This list seems to have more of a
Northeastern bias, and one California school made the cut.

While these rankings can be used to help point you in the right direction, there are many other fine music schools to consider as well. Do your research and consider all your options before paying those hefty application fees.