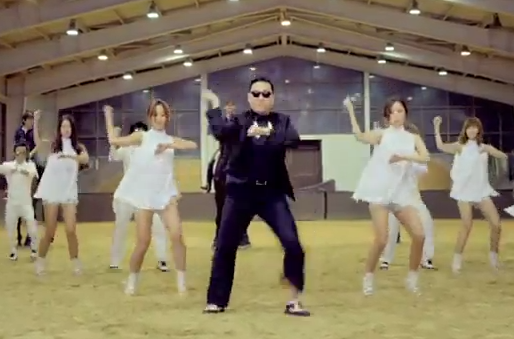 Pop Hits – Made in South Korea

Unless you’re so busy researching how to sell music on iTunes that you’ve been living under a rock for the last five months, you’re well aware what “oppan Gangnam style” means. You’ve also choreographed the rodeo/cowboy dance with several of your closest friends or coworkers, and you’ve yelled “heeey sexy lady!” more than once while under the influence.

“Gangnam Style”, the most “liked” and most watched video ever on YouTube, has been viewed more than 830 million times. The single, which debuted at number one on South Korean record charts, was released by South Korean pop artist PSY.

Awarded Best Video at the MTV Europe Music Awards, “Gangnam Style” has acquired extraordinary fame and fanfare. The song’s signature dance move, in fact, has been performed in public by some of the world’s most powerful leaders, like British Prime Minister David Cameron and UN Secretary-General Ban Ki-Moon (who hailed the song as a “force for world peace”). If you didn’t think YouTube could help you sell music on iTunes, take note. “Gangnam Style” is viewed an average of 7 to 10 million times per weekday, and 11 million views on Saturdays. The megahit has sold more than 2 million digital copies since being released, going double platinum in the US.

For members of the western world who previously associated South Korea with North Korea and not much else, it’s time to pay attention; a South Korean international sensation like Gangnam Style was 20 years in the making.

Decades ago, South Korea began producing pop music like any other commodity – industrialized, export-driven, and mass-produced. Korean record labels, raptly in tune with the trends of popularity on YouTube, perfected the art of social media shareability. Their videos generate millions of “likes” abroad, transforming young singers into pop stars who are then sent on tour to the countries with whom the videos are most popular. “Gangnam Style” is the engine on a long train of pop hits we can expect from South Korea, speeding across the internet at light speed and getting caught in your head for days.