How to Build a Young Audience (Bieber Fever)

Building an audience with a specific age range can be difficult, especially in the music industry, where certain styles of music are already predetermined often to be for a definitive demographic. However, it’s not only Justin Beiber’s age that’s gotten him the young audience of loyal followers. There are some tricks to the trade to get and retain the attention of a much younger audience with your music, giving you long term viability in the marketplace.

Where are you most likely to be visible in all your glory? When you post videos to YouTube, you get a lot of exposure, simply because you are signing your songs and playing your instruments, but you’re also visible to the audience. Being able to place an image with the sound goes a long way in getting fans from the younger generation, since their appeal goes a lot deeper than just a particular sound. Once your videos are posted, use Facebook and Twitter as promotional sites, posting links to the videos so that more people can find you on the more vital site.

Another important aspect of attracting a younger audience is to get them engaged. Young people want to feel involved in everything, and you can bank off letting them do some of the legwork for you. Ask for audience participation in blog posts or Tweets, so that your target audience is playing a role in the promotion of your band. They feel involved, and you get the added bonus of not only having the work done for you but receiving heartfelt feedback and recommendations from the perspective of fans. They’ll pass on the word of your methods, and this will serve to draw even more attention your way. It’s a win/win situation.

It’s important to create an image for your band, but it should be based on who you actually are, not a gimmick. Whether it has to do with the particular style of dress or a haircut that goes viral, knowing what you like and owning it until it creates its own fan base is essential to getting the attention of the younger crowd. They are always looking for the latest trend, and adore when that trend starts with something unique and sincere. So, if you like having a mohawk with glitter and that’s going to be your image, fantastic, but don’t do it just for the shock value or glamour. That won’t persuade the younger fans to think you’re all that special. 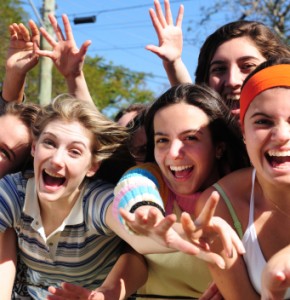 The power of the ‘Beiber Fever’

A lot of bands make the mistake of running from labels. For example, consider the ‘Beiber Fever’ that is always referred to in the media. While it may seem like a less than flattering way to describe the young masses following the young singer, it’s nothing derogatory, and it’s a recognizable label. The artist himself has embraced the term, and he’s even made fun of himself for it. Being able to retain a positive outlook on anything like this goes a long way in impressing a younger audience, which follows a culture of acceptance more so than ever before. If the media coins a phrase that gets under your skin, get over it, and make use of it.

Regardless of your genre of music, you can take tips from the way people like Justin Beiber have created their following from a young audience. If this is the goal you have in mind, consider these ideas, and study the icons who have been successful at it in the past, building upon that foundation.