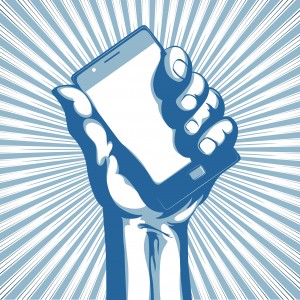 Apps for Adroid and Apple devices seem to get all the attention, but this month we’re throwing a little app love to Windows Phone users by spotlighting Loopkit. Loopkit is a Windows Phone app that turns your mobile into a music and sound looping device. The app comes to us from the folks at Startlab, who began introducing Windows Phone apps to the marketplace in early 2012. Their other apps — Biglist, Day Counter and Emergency Kit — have received rave reviews from users. Since being introduced last summer, Loopkit has garnered similar praise.

Loopkit’s developers claim they were inspired to create the looping app after seeing a performance by KT Tunstall on “Late Night with David Letterman.” Tunstall is known for her spirited solo performances utilizing loops in creative ways to make it sound like she has musicians and percussionists backing her. Developers set out to create an app that could create multiple loops to be used simultaneously to make a song, in much the way Tunstall does in her performances. After months of development, Loopkit was born.

For those who aren’t exactly sure what sound looping is, it’s a way to record a few seconds of sound, like, say, banging a trash can lid, and then playing it back in a loop so it can repeat itself for as long as the song lasts. Tunstall uses effect foot pedals to create loops on stage. With Loopkit, you can do it on your phone anywhere you travel. Up to six different sound loops can be recorded for one composition. Record yourself clapping hands, loop it; bang a cowbell, loop it over that; jangle your keys, loop it over the rest, and so on. Get creative and use your voice as an instrument. The options are limitless. Loopkit has a simple interface and is easy to use. It’s a great way to nail down some song and production ideas when you’re traveling. Or, for when you wake up in the middle of the night with a beat in your head and a percussion idea for that song you’ve been struggling with in the studio. Use Loopkit to flesh out your idea so you can bring it to your producer, recording engineer and the rest of the band the next day.

Loopkit costs $1.99 to download. Touch the Marketplace Live Tile on your phone’s home screen and search for it in the music+video section. Current user review ratings on in Marketplace give it four and a half out of five stars. Startlab says it is still actively developing Loopkit and welcomes user feedback for its future versions. Let ’em know what you think through their website: startlab.us, and happy looping.