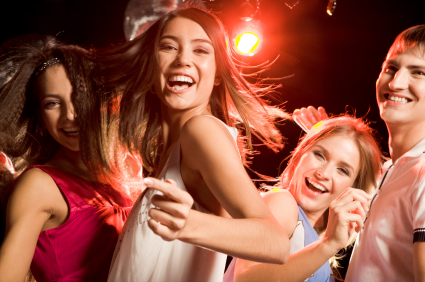 How to Hype up the Crowd for a Live Show

Playing live can be nerve-racking, especially when you start to lose the crowd or never had them to begin with. Crowd mood and reaction depends on a number of things, some of which are out of your control, but here are some simple but effective things you can do to get the audience into the show.

Greet them at the door. Make yourself visible and accessible. Don’t act distant and aloof — that only works for moody famous people who are trying to enhance their image as a moody and stuck up. Smile and hang around the entrance after you’re done with any show prep that needs to be done. But allow yourself some alone time backstage so you can mentally prepare yourself for the gig.

Mix and mingle with them before the show and during breaks (this option is an alternative to step one above). Walk through the crowd after they’re seated, introduce yourself, thank them for coming. When the audience sees and interacts with an act before a show, they’ll be more likely to pay attention and react to the antics onstage, because they now have a personal connection.

Mention certain people by name from the stage. As you’re greeting and mingling with people before the show, try to find out info from them such as: is anyone having a birthday, celebrating an anniversary, from far away, that sort of thing. You can use that info to your advantage by dedicating a song to them or saying something nice. This is an easy way to get the crowd on your side, or at least a part of the crowd. Be sure to pronounce their name right.

Learn how to properly handle hecklers. When you respond to a heckler, you will already have the rest of the crowd on your side, because the heckler is annoying them too. But properly doing it can be difficult, something usually best done by seasoned pros. For those who aren’t seasoned pros, here’s an article on the subject worth reading: “How to Respond to a Heckler When Performing Onstage.”

Unplug your instruments and head into the audience to perform one song. This option can only work for smaller crowds and venues, but it can be an effective way to get the crowd re-energized if there’s a lull. It’s something unexpected and delightful to an audience to have the musicians come down to their level and sing directly to them without microphones or amps. Make it a song that’s easy to sing along with and direct the crowd on when they should come in. Even the drummer can join in by wearing one of those marching band drums.

Tell compelling or funny stories between songs. Going straight from one song into another over and over becomes redundant. Break things up a bit by telling the crowd an amusing story about what inspired a certain song, or a hear-tugging tale for a more serious tune. the latter option has worked quite well for Bruce Springsteen throughout his career.

Give away swag. When all else fails, one thing will always get a crowd hyped up and make them pay rapt attention — getting free stuff. Ask trivia questions or make them do something outlandish to get their gift, and make sure to include the people in the back.

If you have any great crowd stories about one of your shows, or any tips on dealing with crowds, don’t hesitate to share it in the comments section.