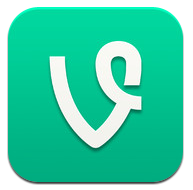 What Musicians Need to Know About Vine

Leave it to Twitter to introduce an app that reduces our attention span even further. If you liked being limited to 140 characters for online postings, how about six seconds for a video?  The company released their Vine app in Jan. that lets users film, quickly edit and share six-second video clips on Twitter and Facebook.

Soon after the free app appeared controversy ensued, as people began uploading lots and lots of short pornographic videos. Even Jon Stewart chimed in, doing a segment on “The Daily Show” poking fun at the stir the new app caused after its launch. Twitter quickly rejigged things, released a new version, banned porn-related searches and set an age limit of 17 for users.

Beyond all this hoopla, what does Vine have to offer independent musicians and acts? Well, lots, actually. Mainly, it’s another avenue to be creative. Once you get to know the app, you’ll see why.

You may think six seconds is too short to accomplish anything in a video. That’s because you’re used to pressing record, filming, pressing stop, then uploading and editing it on some computer software. With Vine you do that all within the app, then quickly share it.

In the same way Twitter made people get creative by having a limit on characters, Vine forces the visual muse. It also records sound, so you can make a super-short music video. Ernest Hemingway was famously challenged to write a six-word long short story. You wouldn’t think it was possible to write a story using only six words, but Hemingway succeeded by writing the heart-tugging words: “For sale: baby shoes. Never used.” Let the six-second limit on Vine serve as a similar challenge to your band.

One of the best features of Vine is its stop-motion capability. You press and hold the screen to record, lift your finger to stop and press again to continue filming. You can pack a lot of shots into just a couple of seconds this way. Make a stop-motion film of all the clubs you play, life on the road, in the studio or of your merch.

Try taking a shot of everyone that buys your CD at a show, ask permission to tag them, then share it. They will most likely be happy to share it with all their friends and followers. Or you could ask fans to “Vine” your shows, tag and share, then give kudos or free swag to whomever made the most creative video.

Vine is currently only available for the iPhone and iPad, but Twitter promises an Android version soon.

The possibilities seem endless on how this new app can benefit bands. Let us know some creative ways you’re using Vine to promote your music.