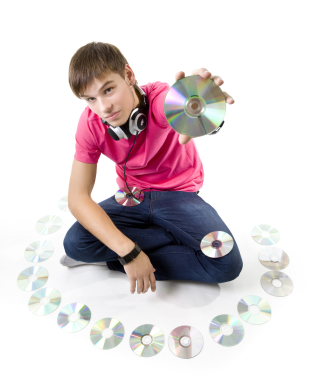 It’s hardly a secret that merchandise is one of the most important tools for music promotion an artist can deploy. No matter how you choose to sell your music, you’re not going to get paid that much for CDs sold and MP3s downloaded.

You need merchandise to push your music promotion and boost your bottom line. After all, you can’t keep jamming if you can’t pay the bills.

Do something new with your T-shirts.

Shirts and other apparel are going to be one of your mainstays, so don’t think we’re saying to get rid of things that sell. But, try to stand out. Put lights on your shirts. Add QR codes. Provide ways for fans to customize them. An added gimmick will help convince people they’re worth thirty bucks.

Think about things that your fans like to do beyond your music. Consider common interests they share, similar hobbies, or places they might meet. Look for merch your fans will like. An obvious example would be a goth band selling branded makeup.

Get the fans involved in your music promotion.

This is a great chance to ask your social media crew for advice. What merchandise would they like to see? Hold a poll, or do a most-Likes-wins sort of contest. 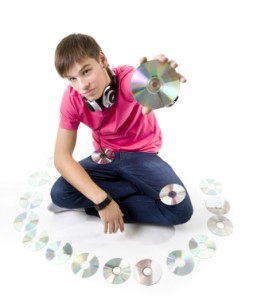 Not too many bands do this, but it’s an effective way to create truly unique merchandise. Just have a digital recorder capturing your show, hooked up to a burner. Most laptops these days can do it. If you’re developing a reputation for being a great live band, people would love to have live copies. (Plus, having fans trading concert recordings is rarely a bad thing.)

From the bloodstained KISS comics to DJ Pauly D’s inexplicably popular iOS game, bands and artists can often gain traction by jumping into different media. Generally speaking, though, it has to be good to get much attention. However, demonstrating your skills in more than one field of art can do wonders for your career.