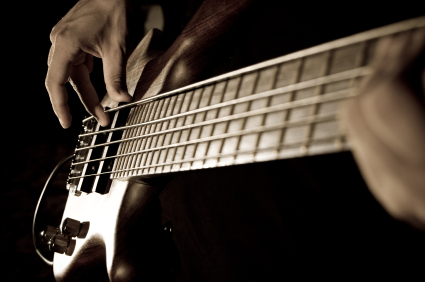 One question that’s probably never going to be answered to anyone’s satisfaction is whether electric or acoustic is better when dealing with guitars. While it’s largely a matter of preference, there’s still a bit to think about in terms of which goes into your live music performance, especially if you’re a beginning musician.

Electric guitars are, on the whole, far easier to learn on. Since the amp is doing much of the work, players don’t have to press on the frets or strum as hard as on an acoustic instrument. Similarly, the thinner neck is usually easier for beginners to deal with, since it allows for a more relaxed grip.

For someone who’s new to putting on a live music performance, the electric guitar is easily the “safer” option. It’s easier to look good on one and, ultimately, they’re capable of a wider range of sounds – although they’ll never recapture that crisp feel of a wooden guitar.

On the other hand, electrics are also considerably more expensive to own and maintain, especially when you factor in the needed speakers, amps, and hookups, as well as various other toys like effects pedals. You can’t just “pick up and play” on an electric guitar in the same way you can when you’re on acoustic.

Plus, acoustic sets at a live music performance impress people for a reason. Being able to go ‘unplugged’ and rock a set with nothing but your bare hands is always a great way to get the crowd pumped up, as well as a great chance to show off your skills. Few electric guitarists will be able to hold a crowd’s interest like a good performer on an acoustic guitar.

Acoustic playing is always going to be a bit more laid-back than electric, giving the audience a chance to rest a bit before moving on to the next heavy section. Moving back and forth is a great way to vary the pace of your show.

Either way, whichever you choose, guitars have been a staple of live music performances for centuries, and it’s unlikely to change any time soon!