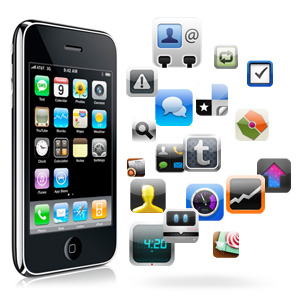 Will Apps be the Future of Music?

Well, here’s a twist to the old music-creation formula: It’s now possible for a track to go from recording, into production, on through distribution and into the ears of a fan using nothing but mobile apps. Artists in particular, are already embracing the iPad as a new musical creation tool.

In fact, at this point, some are outright predicting that apps will be the future of music – portable studios making portable music packages for portable users.

But then, the traditional music distribution companies are among the slowest to embrace new technologies. Their antipathy towards digital distribution is, at the least, putting a damper on the rush to go mobile.

Apps In Music On The Precipice Of 2014

In terms of mainstream artists, backed by the big music distribution companies, only a handful has directly released apps with their music. Bjork did it first with Biophillia in 2011, and more recently Jay-Z and Lady Gaga have released apps that distribute their latest albums.

Results have been mixed, but it represents an interesting opportunity: Interactive albums that allow bands and artists to create a sensory space that accompanies or enhances their music.

Whether consumers will be convinced to purchase albums this way, rather than through iTunes or Amazon is a big question that remains to be answered.

Apps Are Changing The Playing Field

The other major revolution being brought about by mobile is streaming radio. The extent to which they are or aren’t cannibalizing album sales is still unclear, but there’s no disputing that go-anywhere personalized Internet radio is growing in user adoption.

So, for artists that can’t afford their own apps, these mobile stations offer an alternative to traditional music distribution companies and strategies – leveraging streaming radio to put your tracks on people’s players wherever they are.

When combined with similar go-anywhere social media technologies, you could build an effective app-based PR and online music promotion system that goes anywhere you and your fans go.

Well, how about you? How have you been incorporating apps and other mobile technologies into your own musical ventures? Give it a try!