How the Apple-Beats Deal Will Change Music Distribution 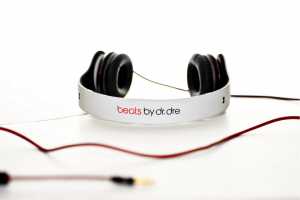 By now, you’ve heard the news: Apple is buying Beats Electronics. This deal is huge—and not just because of the $3.2 billion price tag Apple is reportedly paying. No, what makes these two companies’ collaboration so incredible is that it just might change music distribution forever. Seriously.

Don’t believe the commentators who say Apple is buying Beats for its signature headphones. Apple doesn’t need help creating stylish accessories or hardware. But it could use some help creating a viable streaming music service—and that’s what this deal is all about.

What Apple needs so desperately is Beats Music.

Have you played around with Beats Music a little bit? Did you sign up for the 7-day free trial at launch, a few months ago? Maybe you even downloaded the app, and opened it a few times before forgetting it was there.

We’ll be the first to admit that upon first glance, Beats Music—although slick-looking—doesn’t appear to offer much more than what Spotify or Rdio do. All three services provide access to the same 20 million-or-so songs, and their features are comparable.

Except in one respect, where Beats Music blows everyone else out of the water.

We’re talking about those just-for-you suggestions that’ve become ubiquitous across all streaming platforms. They’re curated, in most cases, by an algorithm that looks at waveforms and metadata to determine what songs it thinks you’ll like.

What Beats does is different.

The company actually employs a team of music professionals—including a former editor-in-chief of Pitchfork—to create its playlists. The results, in our experience, have been significantly better than what the competition offers. As anyone who’s ever labored to create a mixtape can tell you, there’s more to the process than collecting fifteen or twenty songs with similar waveforms. Beats Music knows that—and now, it seems, so does Apple.

The world can only wait and see what’ll come of the intersection between Beats’ vision and Apple’s resources. We’re confident it’ll be a game-changer, though, so watch out, music distribution!

To keep yourself up-to-date on new developments in the music industry, be sure to subscribe to our blog!