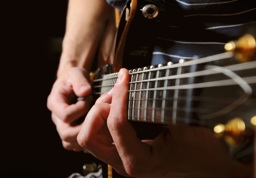 4 New Indie Bands to Fall in Love With

Are you keeping up with current trends in indie music?  Even if cutting-edge stuff isn’t your cup of tea, it’s a good idea to keep an eye on movements in the music business.  Knowing what bands are popular among the indie crowd can often predict trends that are going to grow into mass-listening over the next couple years.

You might remember Saosin from their original indie surge in the mid-2000s.  Unfortunately, after a breakup and nearly five years of inactivity, they went silent…  until now.  They’ve reformed and have been touring for the past year.

With a lead singer whose vocals predicted those of fun. mixed with elements of punk and thrash, Saosin is all over the map but highly entertaining.  Their 2015 release is likely to be one of the biggest indie albums of the year.

Canadian folk-rock has been huge in the indie scene for a year or more, and Shred Kelly is among the best.  They’ve got a blend of pop, banjos, and typically clever Canadian lyrics to make an infectious concoction of hard-rockabilly.  “Family oh Family” is their latest single, marking what they say will be a shift towards 70s and 80s sounds.

Their new single -a dark cover of Happy Together– is tearing up the charts and YouTube plays.  It’s so bleak and moody it recalls Gary Jules’ famously downbeat cover of “Mad World” with a side of Marilyn Manson.   Is Darkwave getting primed for a move towards the mainstream?  SPiN may be suggesting it.

Saint Raymond is one of the newest acts on this list, only releasing his first EP in 2013.  However, he’s gaining reputation fast for his distinctive voice, great composition, and quirky 80s vibe that recalls the Talking Heads or Big Country.  He could be a serious player in the music business.

So, who are you listening to these days?