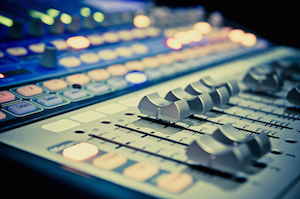 The Future of Recording Technology

Bob Dylan was right when he crooned “The Times They Are A-Changin’” back in 1964, and the timeless tune is especially true when we take a look at what recording equipment might look like in the future, and some of the high-tech devices we have today.

Of course, plenty has changed in the music industry since Dylan’s time. But recording technology seems to be changing at a fast pace, and indie artists will have to catch up.

As for the recording equipment itself, we’d like to highlight some current music gear that you might want to try out during your next recording session.

There are tons of great apps and plenty of software to help you record, and one of our favorites here at SongCast is the Cubase Pro 8. It’s equipped with VCA faders and in-place rendering, which older versions do not have. There are some high-quality features that make an in-home sound studio shine, including an enormous loop library, unlimited recording capabilities and much more to give you the full recording, mixing and producing atmosphere.

Of course, another change in the recording industry is the transition to mobile recording. Many indie artists record on iPads. Wavemachine Labs created Auria for that reason. It’s a mobile app featuring up to 48 tracks of simultaneous playback, plugin support, multi-track editing and AAF import and export.

What do you think future recording equipment will look like in the future, and what’s your favorite gear at the moment? Let us know in the comments below!

Check out our SongCast blog for tips on how to make it in the music industry!