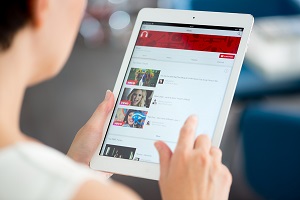 Our Favorite Music Videos Of 2015

Those who lost faith in the music video business are probably rethinking their ideals.  In 2015 the music industry introduced some of the most unforgettable music videos in years. From Meghan Trainor and John Legend showing us to not take love for granted to Adele’s new hit “Hello,” these are our favorite music videos of 2015.

The song itself though has topped many charts, according to Billboard. “The bluesy pop/rock track rules as the chart’s top gainer in all three metrics: airplay (73 million in audience, up 13 percent, according to Nielsen Music), streaming (3.2 million U.S. streams, up 10 percent) and digital sales (66,000 sold, up 4 percent).”

Fortunately, Elle King did not disappoint in the creation of the song’s music video. “Ex’s and Oh’s” has earned its spot as one of our favorite music videos of 2015 due to its fun and unique elements.

Two of the best voices in the music industry joined forces in an emotional music video dedicated to reminding people to love like there is no tomorrow.

Taylor Swift’s clip shows some of the most breathtaking visuals in music video history. With stunning sceneries, classic forbidden-love story, and iconic vintage elements, “Wildest Dreams” is one of the most beautiful and appealing videos of the year.

What Do You Mean? – Justin Bieber

The Canadian artist is back–and with yet one more hit single. The mysterious video features a troubled Justin Bieber making secretive deals and getting kidnapped by two masked men.

Two words: Tom Hanks. In the music video for “I Really Like You,” Carly Rae Jepsen features a bubbly Tom Hanks lip-syncing to her lyrics as he goes around town and meets different people. This music video is must definitely a crowd pleaser.

The Hills – The Weeknd

If you were looking for an action-packed video with some of the most well-known women in the world, Taylor Swift has granted your wishes. The Bad Blood music video features Taylor as Catastrophe and her team of female crime-fighter spies preparing for a battle against Arsyn–a character portrayed by Selena Gomez.

Adele is back and she has broken the internet with her new hit, “Hello.” While it has inspired many parodies, the hit single is currently one of the most viewed music videos on YouTube.

For more information on music videos and music distribution, follow our SongCast blog.