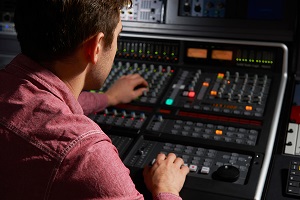 Why Hire a Professional Mixing Engineer?

As an indie musician, you would know that a song requires various different elements to make it the perfect hit. Instruments, lyrics, melodies, vocals, etc. are necessary for a complete outcome. However, kicking it up a notch and adding some sounds produced by a mixing engineer may help your material grow. Keep reading to find out why you should hire a professional mixing engineer.

Attention is immediately set to the music rather than vocals, as the song begins

Before a song even begins, there is an intro, lasting a few seconds, that is usually a mixture of sounds. Skipping through radio stations, listeners don’t spend a lot of time actually comprehending the lyrics, but rather the sound behind the music determines whether it’s worth listening to for the meanwhile.

It is extremely easy to judge a song by the few seconds heard from the beat. In those few seconds, you are able to discover what type of music is about to play. It could range from indie to rock, from pop to dance, etc. However, by simply looking at lyrics, there is not enough contextual evidence to understand what genre of music is being shared.

No song is fully complete until a professional mixing engineer has worked his/her magic on the music. The process requires a lot of concentration and objectivity, so make sure to hire someone who knows what they’re doing. As an indie musician, with all the added improvements that come from mixing a song, it becomes better than it was in square one.

Professional mixing engineers can add that missing piece to ensure that your song is better than ever. As an indie musician, enhancing the vocals and making them sound a lot more powerful will put the most outstanding factors of the song under the spotlight. With a well-mixed track, you can put forth your best material and perform it confidently.

Are you an indie musician? Follow our blog for more tips!