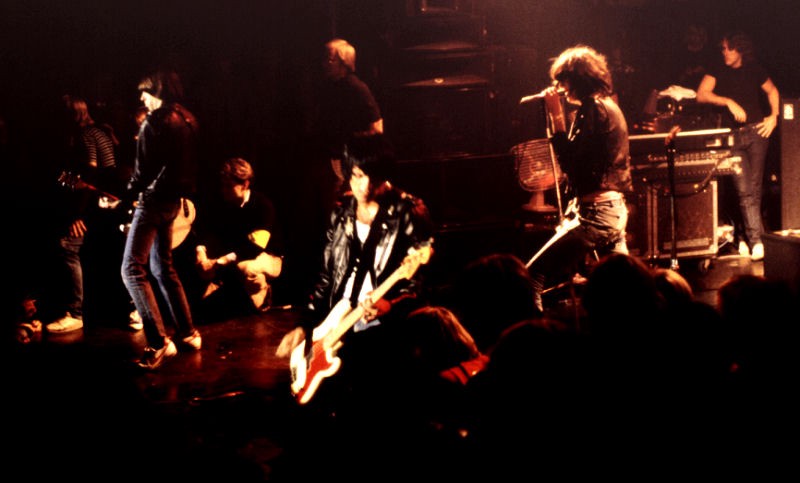 How Much Music Theory Should You Know?

I, IV, V and some other stuff

I often assume I have a similar musical background to many of my music-playing peers. My family isn’t musical. I wasn’t made to take piano lessons from a young age. I only got into guitar as a teenager because I thought it was cool and kept going.

I learned chords and songs in a church group and when my parents were convinced I was devoted enough, they bought me an electric guitar and paid for some lessons. When that teacher discovered I knew all the open and barre chords, major and minor, she asked, “what do you want to learn?” I said, “Zeppelin.” In between acting as the transcriber of every Zeppelin riff I wanted to know, she tried to sneak in some musical theory. I didn’t learn scales from her but I learned numbers and eventually put a few things together myself.

On one hand, I’m often surprised when I discover how little some long-time musicians know about music theory. But on the other hand, when I remember how the guitar magazines I read approached theory or even find lessons on the internet, I realize how utterly terrible they are at communicating the reasoning behind some really simple concepts. That makes them so much worse at communicating difficult concepts.

Theory can be intimidating for those of us with a patchwork of professional lessons, self-teaching, and internet knowledge. The more you crack into theory, the more you find to learn. It’s hard to know where to start. But it is a really exciting aspect of music that it is seemingly finite and knowable but infinite at the same time. So let’s start with some theory you probably already accidentally know.

If you’ve learned how to play any rock ’n’ roll or folk song from the Ramones’ “Blitzkrieg Bop” to Dylan’s “Blowin’ in the Wind” to the Beatles’ “Let it Be” to Chvrches’ “Bury It,” you’ve noticed there’s a similar pattern in the way they include the C, F, and G chords or G, C, and D chords, or A, D, and E chords. All of these songs use what are called the I, IV, and V chords. You may have even heard this pattern of chords called “1, 4, 5” and not known what that meant.

If you know some theory, this sounds elementary but in my experience in the indie rock and acoustic scenes, most players don’t really know this about the I, IV, and V chords. They know an F chord sounds good with a C chord in a song. And going to a G sounds pretty good too but they don’t wonder too much about why that is. Once you start to wonder about the “whys” of chords and notes working well together, you find you have broader palette.

And ii and vi

I still remember the first song I wrote because it was comprised of all the chords I knew at the time: D-C-G-A. The first three of those chords are the V, IV, and I chords in the key of G major. But the A always sounded weird. If I were sticking to the G major scale and spelling chords out of it (which is a thing that would have made no sense to me at the time), I’d have figured out that an Am sounded better there. That’s because the C note of the Am is in the G major scale. The C# note (or is that a Db? I never know!) of the A major chord is not in the G major scale.

Is this starting to sound like gibberish? I have two examples to illustrate where I’m heading with this.

One example: I often think of an interview I read with R.E.M in which Peter Buck was proudly proclaiming how little music theory he and Mike Mills knew. The point he was trying to make was that things are just cooler when you don’t even know the rules you’re breaking. I’m all for that: break the rules! But the example he gave of breaking the rules was that once he was playing an Em chord and Mike was playing a G note on the bass and it just worked!

Yeah, I mean, of course it did. What’s that ringing 3rd string in an open Em chord? It’s a G. The E minor scale and the G major scale contain — spoiler alert — the same tones.

Another example: I cover the Ramones song “Don’t Come Close” in the key of C. (The Ramones play it in D.) Johnny Ramone didn’t play minor chords. He didn’t really need to because he stuck to power chords which are just the first and fifth notes in a chord. (It’s the third that makes a chord minor.) Overdriven power chords don’t necessarily want the third in them but when I play that song on an acoustic guitar, I need to add a little drama in the music. So when I get to the bridge, instead of hitting the A power chord that Johnny would, I hit an Am. It’s the vi chord in the key of C major. The bridge goes from IV to V then repeats to sound like it’s going IV to V again but instead, goes from IV to vi to V. It’s a subtle but powerful turnaround that makes the bridge that much more of a hook. It adds a texture to the song that the driving rhythm can’t. Without an amp and three other Ramones, you’ve got to use all the tools at your disposal.

The point of these examples is that a little theory opens up your possibilities. I still worry that knowing the major and minor chords in a key makes me lazy, that I’ll just go for the easy hook I know has existed in Western harmony for hundreds of years. But the truth is that knowing how you write and play helps you break out of those patterns and search for something new. I want to know if I keep doing the same move so I can break out of it. Sure, sometimes, I just want to keep doing the same move. But I want to know how I’m using those tools.

Accidentally discovering that the bass can play any note in my chord and it’ll sound good isn’t exciting after a while. DGAFing about the rules while following the rules isn’t really revolutionary, ya know? Plus, from a Zen / Rustin Cohle / everything-is-connected / time-is-a-flat-circle perspective, there’s a lot of enlightenment to be gained in the recognition that we’re all playing with the same notes, chords, and moves. It’s how we find our voice in that shared language that makes it beautiful.