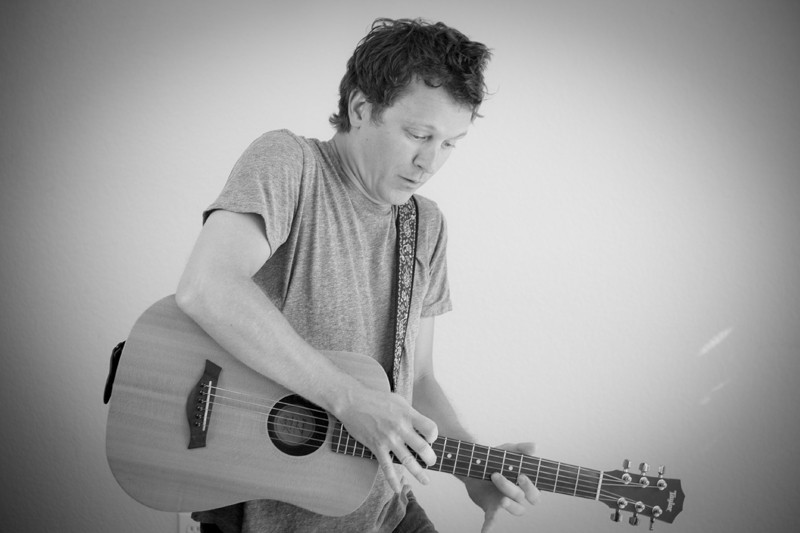 I Traded In An Old Friend

I name my guitars. Maybe that’s my first mistake. In 2010, I bought a baby Taylor that I named Jenny. I bought her as a travel guitar and beach guitar — an instrument I could carry anywhere and not worry too much. But a strange thing happens with those things that we acquire through good deals: they become more valuable to us sentimentally than monetarily.

Jenny soon became a go-to instrument for my recordings. She didn’t have a lot of body but she had this nasty steel tone that could sound great with muted power chords or jangly open chords. Sometimes, I’d double an electric line with Jenny to give it a real wiry tone.

But Jenny was expensive to keep intoned. I had to get her set up more frequently than my more expensive instruments. Every few months, when the intonation fell out, I wouldn’t enjoy playing her. So she’d sit in her gig bag ignored until I could find them time and money to take her to the guitar doctor. When I traveled for long stretches over the last couple of years, I didn’t take her.

It’s interesting how we get attached to instruments. When I talked to Dave Johnson of Scale Model Guitars a few months ago, he said sometimes players won’t take care of their instruments because they’re afraid they’ll lose the sound. I had a friend who kept the same strings on his acoustic guitar for almost a decade. I didn’t wash blood off a white SG of mine for years because bleeding onstage was the hardest core thing I’d ever done. Instruments become our friends, our safety blankets, our totems.

It also tells us something about ourselves when we don’t get attached to instruments. I used to trade my guitars in every few years when I thought I needed a new style or sound. Owning two electric guitars was a luxury I couldn’t conceive so I just traded until I finally owned two cheap electrics. I had one friend who used to show up to every band practice with a new guitar. I have another friend who sells his gear every year only to reacquire new gear a few months later.

Ultimately, an instrument is a tool. I have to remind myself of the folly of either route: too attached or too unattached. You’re either being too precious with your tool or you got the wrong tool. What matters is what the instrument does for us when we play it.

When I got Jenny out of storage a couple of months ago, I brought her home and banged out the old power chord indie pop I always played on her. Her strings rattled like nasty wires in the same old tone. The problem was: that’s not how I play anymore and not how I want to play. I had the wrong tool and she’d been sitting on the shelf for too long.

I knew what I had to do, yet it was oddly difficult to part with her. I zipped her into her gig bag to take her to a guitar shop and then opened it up to strum her again before getting in the car. At the shop, I picked her up again before accepting their trade-in offer. It felt like I was dropping a pet off at the pound. I felt like a bad parent. Even after I left, I felt the pangs of parting with Jenny.

Of course, like most guitarists, I couldn’t leave a guitar shop empty-handed. I’ve been playing my Spanish guitar almost exclusively for a couple of years. She’s nice. Not super nice but not take-to-the-beach utilitarian. So I brought another Spanish guitar home to take with me anywhere I need casual accompaniment.

Her name is Salma.