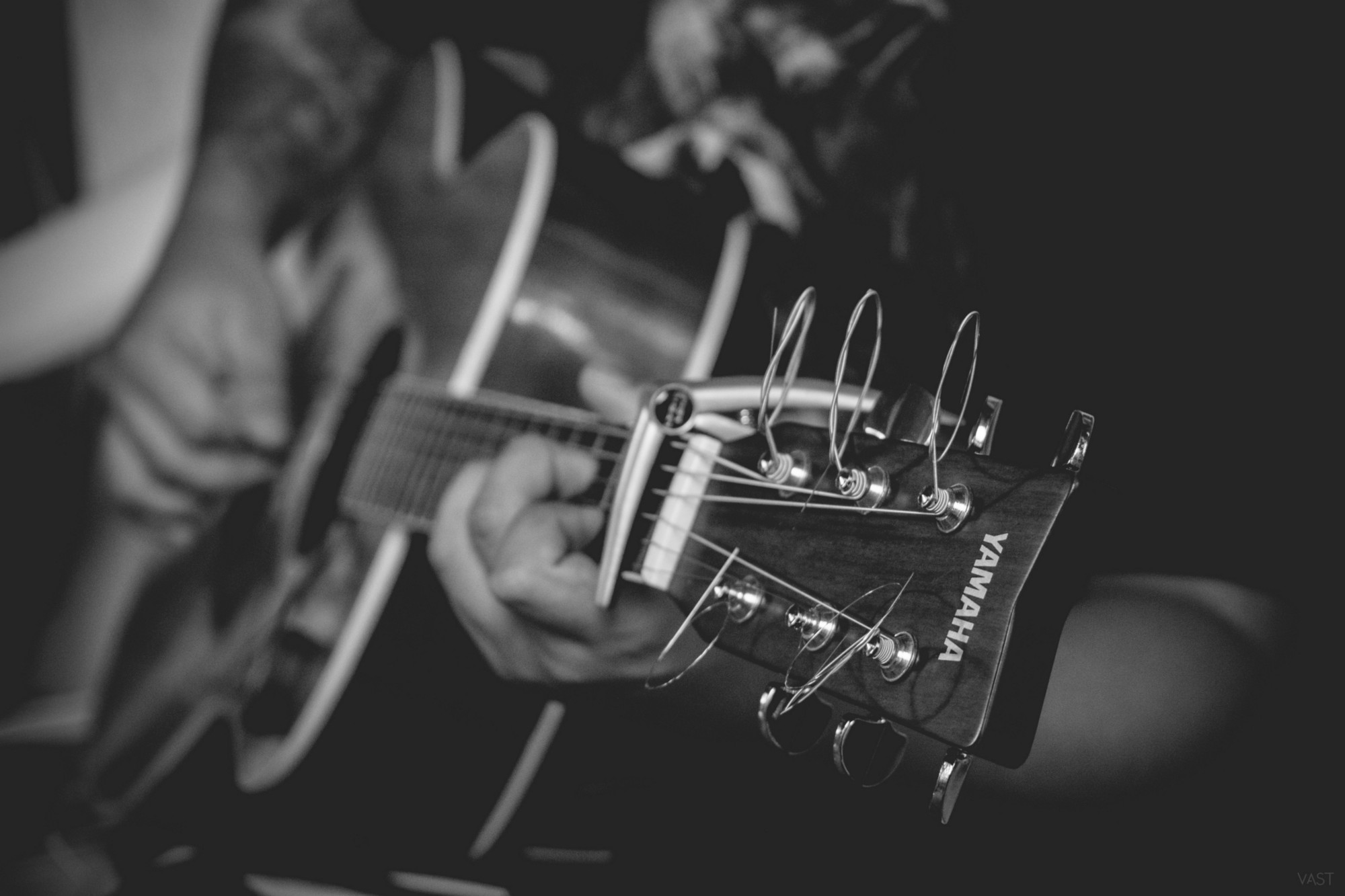 I received a funny voicemail this week on which a friend told me that every time he has had band practice recently, he plays sections of songs incorrectly on his guitar. This has been going on for months and he couldn’t understand it. He practices all week on his acoustic. When Saturday’s band practice rolls around, he picks up his electric and it’s like he’s playing a different instrument. Then he realized, his voicemail explained, his acoustic isn’t dotted along the frets like any other guitar. It’s a parlor guitar and instead of a dot at the ninth fret, it has a dot at the tenth. So for months, he’s been training his brain to look for the wrong marker.

This is such a perfect example of something we probably all struggle with: how a little difference between practice and performance impacts us. In the past, I’ve had a similar experience when practicing on my Spanish guitar (no fret dots) and performing with my steel string (dots) or vice versa.

Practice the instrument with which you’ll perform

My friend continued in his voicemail that it goes to show how important it is to practice with the instrument on which you’re going to perform. He emphasized that this is a problem drummers encounter all the time when using the “house kit.” Even if they bring their own cymbals and snare, the other drums and hardware will respond differently than their own gear. By contrast, he suggested it is a phenomenon that keyboard players may not experience the same way because piano keys have a standard width. We don’t think about guitars being all that different but even models with the same neck will feel different.

I have a sitting-around-the-house guitar from the same maker as my main guitar but still the feel is a little different. I had a show tonight and I made sure to rehearse all week on the main guitar so as not to train my hands with the wrong feel. With my friend’s anecdote fresh in mind, I even made sure not to wear anything like my watch or ring that I hadn’t been practicing with.

Live performances have enough variables to deal with. Your body temperature is higher. You might perspire more. The air might be stickier. The monitors aren’t set up the way you rehearse. Or you don’t rehearse with monitors. There’s ambient noise. The walls reflect sound differently than your house. With all this going on, you don’t need to feel like you’re playing a foreign instrument.

Practice songs not parts of songs

Along those same lines, I remember advice from my oft-cited music professor friend, Todd Kemp. I told him once about my practice routine of running through a set of songs and that I was trying not to stop a song if I screwed up in the middle. “Never stop,” he said. We agreed that is always better to finish the song and then play it over (several times even) to get it straight in your brain, rather than to stop and start over.

The principle is the same as the instrument advice above: don’t train yourself in a different way than you’ll perform. Things will happen in a performance that will screw you up. You will make mistakes in the middle of a song. If your habit is to stop the song and start over, your body isn’t going to know what do in a live situation when something goes wrong. But if you’ve developed the habit of staying steady through the song, little things won’t throw you off and cause a small distraction to turn into a train wreck onstage.