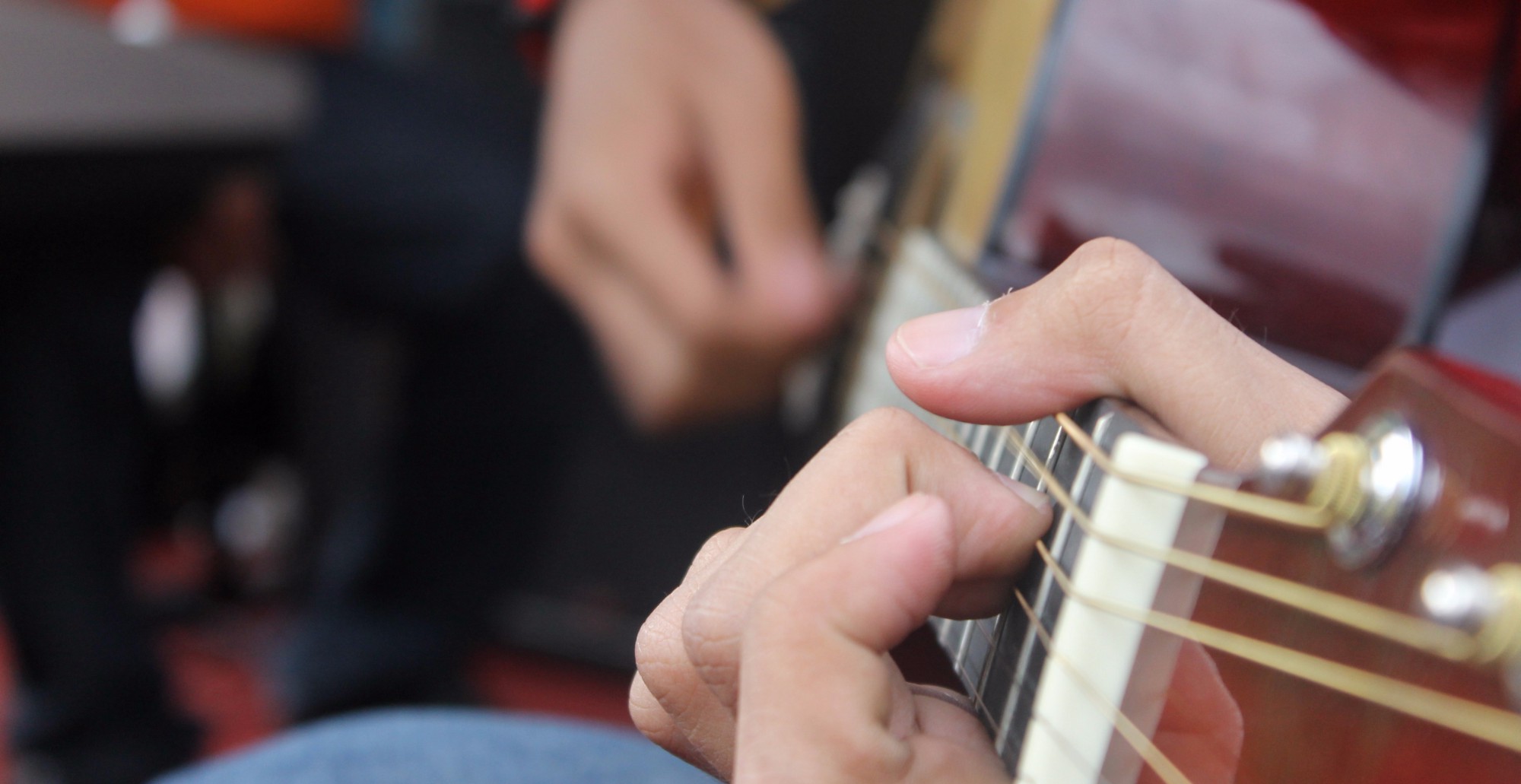 I have some simple homework for myself and everyone reading this column: go out and play an open mic.

I grew up in Nashville, Tennessee. I probably played my first show at 16 — such as it was. But I don’t think I played an open mic until I was 23. And after that I didn’t play another until I was 33 or older. Open mics are, in some communities, just not on the musical radar. It’s a different scene.

It never really occurred to me to play an open mic when I was playing in bands. The big reason was that I wasn’t a “solo” guy. Although I wrote songs and made solo recordings from time to time, I wanted a band behind me when I played live. I’m sure that’s how a lot of people feel.

What open mics are and are not

Open mics are in many ways even more embarrassing than you’ve been led to believe by popular media. A lot of musicians are not naturally theatrical performers. We’re shy and introverted. Shows give us anxiety. But we’re driven to perform because those moments of playing music counterbalance the anxiety.

I wish I could tell those shy, introverted musicians that open mics are easy, that they’re cooler than you might believe. But that would not be true. Open mics are super embarrassing. Nothing about them is “cool.” You have no control of your sound or the environment. You’re playing to a roomful of judge-y fellow musicians. You have 3–10 minutes up there. It’s totally rigged against a good musical performance.

Just to pull a random example: I was in Phoenix, Arizona for one night and went to an open mic. It was in an artsy coffee house. I got there early and met the host. I asked if this was a musical open mic because I hadn’t seen anyone bringing in any instruments. He assured me they did have musical performers. Cut to: me sitting through an hour and a half of spoken word poetry on my guitar case and awkwardly playing and singing two songs un-amplified in the middle of the room.

Or there are the open mics with comedians and musicians which I’ve watched go either way: the few people in attendance might be there for the music so the comedian has a super awkward set or the reverse happens and the musicians hate playing to a crowd who wants to interact with a comedian.

There was even the time I watched a guy try to improvise a musical set using a paper cup as a drum.

Most open mics have their own set of rules. I’ve played some where each performer gets only one song. In those, you have no time to get comfortable. It’s like a sprint: you hurry up to the stage, play your song, and hurry off.

I’ve even shown up to open mics that didn’t end up happening. You can’t be cool walking around holding your guitar case in some hipster art gallery that’s dead silent except for the guys getting high in the back.

Have I convinced you of the embarrassing nature of open mics yet?

It’s also crucial that you understand what open mics are not: they are not a venue in which you will be “discovered.” They are not your show. They are not a talent night you might have done at your school or work.

They are super-dorky get-togethers of awkward musicians being awkward.

I still think you should play them for all those reasons above. But also, for these sensible reasons:

1. Open mics give you experience performing. You need this as a musician. Playing your songs in your home is not performance experience. You’ll learn all sorts of lessons about what works in your songs and in your stage presence at an open mic.

2. Open mics give you experience playing music in a weird way. This is important. Open mics aren’t like a show you’ve set up. They’re chaos. But if you’re being honest with yourself, so are a lot of the shows you play.

I quit the best band I was in because I started having panic attacks and didn’t know what was going on with my body around those times when I had to perform. Before and directly after the panic attacks, I devoted a lot of energy to trying to control a performance. At least in my mind. I was over-thinking everything all the time and something snapped.

At that time, I could never have fathomed playing an open mic. But if I’d had experience playing open mics earlier in my life, I might not have gotten so wound up in my own anxiety related to musical performance. I might have understood that even under the best circumstances, everything can go wrong and be embarrassing and still turn out okay.

3. Open mics contribute to your musical knowledge. Not only do you have the opportunity to see a bunch of different musicians in one evening, you have to think on your feet related to your own music. What if the only PA is a crappy amp? What if you can’t plug in your guitar? What if the mic doesn’t reach the piano? What if you’re surrounded by poets or comedians?

4. Playing open mics contributes to the community. Look, music is important. I don’t have to tell you that. Playing music in public is an act of social conscience. When you put your name on that open mic sign-up sheet, you’re signing a petition supporting the playing of music in public.

We live in an era when we can make a studio perfect album at our kitchen table on an iPad. Don’t get me wrong. I love that. But music should be messy. Open mics encourage that mess. In their structure, in their audience, in their participants, in their locations, open mics are a mess.

Open mics are an opportunity to play in the sandbox again, to draw on the walls with your Crayons and markers. Make a mess.

They’re also safe. Open mics are like a group embarrassment pact: we all saw each other playing badly, sounding poorly and we’re all going to forget about it and say, “nice job” at the end of the night.