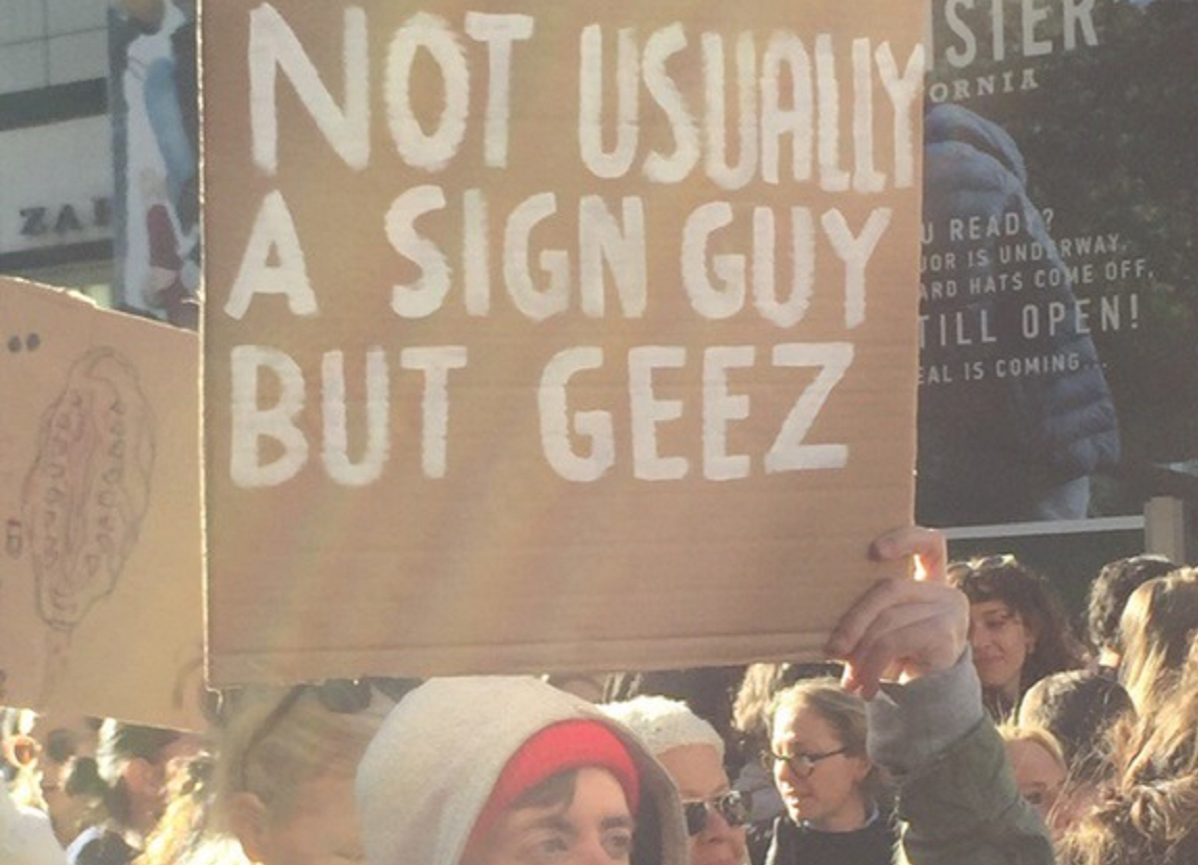 I didn’t play a protest song

There isn’t much to the story: I played a show; I didn’t play a protest song. This is unusual only in that I had a protest song to play. Despite all the Dead Kennedys listening I did as a teenager, I was never much a of a protest song writer myself. A band of mine — The Carter Administration — traded in mockery when it came to politics. Sincere protest songs always seemed dated. They’re tied to an event or era that can make them irrelevant almost immediately. It was always better to be arch, I figured.

I haven’t written many songs lately. Last October or so, I came home from an open mic and was bashing around on my ukulele. Fairly quickly, I had two verses and a chorus of an angry song. Yes, on a ukulele. I kept chipping away at it over the months. Moving it to guitar gave it a really sharp edge. Then I wrote a bridge and felt good about the whole thing.

I also haven’t been playing shows. I’m just not setting them up. But one fell in my lap during the same week I was banging out a completed version of this song and so, I rehearsed it and added it to the set list.

In the moment, I wasn’t thinking of this advice I gave myself last year. But it had occurred to me before I left for the show. That advice is: if I’m not confident in the material, it’s always better to save it for another day.

Firstly, that’s not something I could do in a band. We would have a set list and would just push through it. Whenever I’m performing solo, I need to take advantage of my flexibility. That’s a good instinct.

Secondly, I pull songs all the time because I realize something like, “this crowd will hate a song about Batgirl.” But this felt different. It felt like I’d shirked a moral duty. I don’t make a lot of “show bizzy” decisions but this felt like I’d made one to attempt to entertain rather than express myself. That is icky. When I was in a band, we were pretty much only expressing ourselves — arch and mocking as it was. It was just an explosion of angst all over the place. Now, it’s a little more targeted.

Thirdly, there is something personal here which is: as I gazed out at the people who ate sandwiches, held conversations, and occasionally glanced in my direction, what I really felt was how insignificant my music is. This one song I wrote…it is really only meaningful to me.

I’m not thrilled that is my place in the public performance realm — a guy who occasionally plays songs about superheroes while people eat sandwiches off frisbees — but I have to reassure myself that the real meaningful place for me is simply participating in the tradition of live music.

That’s the thing about the critic on our shoulder. It’s the reason we can make tasteful choices in our art. But when you’re out of practice, it’s also the voice that tells you, “eh, this probably isn’t going to work.” Sometimes that’s great to hear. Sometimes, it just throws you off balance.

I’ll probably play that song at my next show. And I’ll probably not pull any punches in performances for a while. Because my place is simply participating in the tradition of live music and expressing myself.

There is a weird paradox no matter how I lean, in or out. Nobody really listened when I was trying to play shows to the right audiences. And nobody really listens when I’m playing a last minute gig in a sandwich shop. I’m not trying to make music that makes me popular. So I might as well just play whatever I want and convey through the songs I play that I’m in the stream with everyone else.

I don’t know if you’ll find a takeaway here for you. We sloppily express ourselves; we edit ourselves in the moment; we put a ton of effort into some performances that go nowhere; and we put no effort into shows that are great. It’s all a mess. If you feel bad or good because you played or didn’t play a song, just adjust and see how you feel doing the opposite next time. Ultimately, it only matters to you.